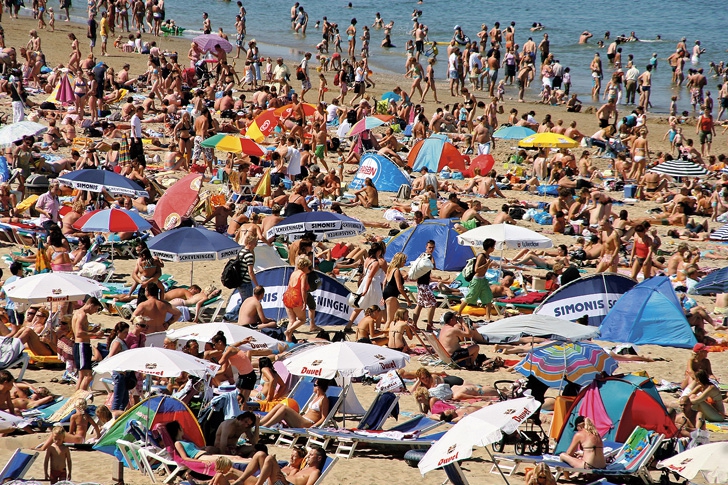 IT has been another difficult week for lifeguards operating on the Costa del Sol’s packed beaches, with two fatalities and a number of rescues.

Fifteen people have now lost their lives on the Malaga coast since the start of the summer, with the latest victims a 53-year-old French tourist and a 77-year-old Briton, both of whom died in Torremolinos.

In the first case, the 112 emergency service received a call just after 4.30pm on Sunday, August 28, and were briefed that a female bather was in difficulties on Los Alamos beach.

Lifeguards tried to revive her, but she was pronounced dead once an ambulance had arrived on the scene, although she is not thought to have drowned.

A  British holidaymaker then died on El Bajondillo beach the following day.

The elderly man suffered a suspected stroke while attempting to climb aboard an inflatable ‘banana boat’ – witnesses described how he began to suffer breathing difficulties as the speedboat towing the contraption started up.

A number of beachgoers, including the operator of the inflatable, managed to get the stricken man back to shore before lifeguards arrived on the scene.

The rescuers were already attempting to resuscitate him before medics and Local Police officers took over, but their efforts were in vain.

In other incidents on the coast over the course of the week, a lifeguard team based on Playa Ancha beach in Casares were forced to swoop into action to save two 12-year-old girls on Thursday, August 25.

The youngsters had entered the water despite the red flag being raised and were quickly overpowered by a powerful riptide, with their parents nowhere to be seen.

Rescue attempts initially failed as the strong current pulled the girls further out to sea, but they were eventually brought ashore following a dramatic 15-minute rescue which involved three lifeguards and a heroic beachgoer.

Neither child suffered serious injuries, although one was reported to be highly distressed.

Meanwhile, in Torremolinos, an off-duty National Police officer saved the life of a 53-year-old Frenchman on Los Alamos beach in Torremolinos on Tuesday, August 30.

The officer realised a bather was in serious difficulty and “had stopped swimming” as he battled against a heavy swell.

The yellow flag was on display but the fearless policeman managed to reach the stricken swimmer and drag him to shore.

He was semi-conscious and coughing up seawater when a nearby tourist, a doctor, managed to stabilise him before he was transferred to hospital.

The victim’s 14-year-old son and a family friend also had to be pulled from the water.