Europe: the thin end of the wedge 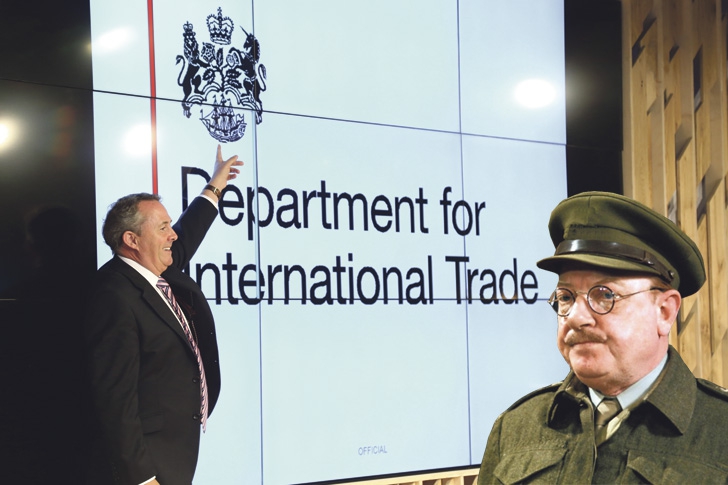 THERE can be little doubt that the major factor which led Britain to vote to leave the European Union was the widespread fear of uncontrolled immigration, tinged with a little xenophobia with regards to external control by ‘Johnny foreigner.’

What should have been a friendly and cooperative community of like-minded Europeans who had survived two world wars has turned into a monster. Some still believe in pure federalism while others are pushing the concept of a federal army rather than looking to support NATO.

Eastern European countries fluttered like moths around the EU flame. Together with Greece, Italy, Portugal and Spain, they were desperate to grab as much money in the way of hand-outs as they could from those economies which were better off.

Germany effectively opened the floodgates by inviting refugees and migrants to make their way into Europe and this has led even die-hard supporters of the community, such as France, considering whether they should follow Britain’s lead.

The concept of Schengen (control-free borders), which Britain never joined, has flown out of the window as more and more of the new members simply close themselves off to refugees whilst Italy and Greece have borne the brunt of new arrivals.

There are a lot of sound bites coming from the British government but little concrete information. The prime minister says “Brexit is Brexit” and we won’t move too quickly whilst the minister in charge of the Brexit negotiations told parliament that the vote showed that the British wanted to control their own destiny, which was something of a given!

At least Liam Fox, the Minister in charge of ‘Making Britain Great Again,’ has made it clear there is no hope as he says industry has fallen to pieces and has grown ‘fat and lazy,’ making the nation incapable of securing lucrative post-Brexit trade deals.

Just to add insult to injury, it looks as if the EU is considering new legislation that may force British nationals to have to pay online for visas if they wish to travel to the continent when the country leaves the EU.

Whether Britain will be forced to comply with the proposed regime hinges on how the Brexit negotiations pan out, whenever they finally take place.

Maybe, we need to ask the Swiss for advice as they have a fairly good economy with 130 separate trade agreements with the EU and they have recently voted to make it more difficult for EU passport holders to work in that country. They decided not to join the EU generations ago and didn’t have to finalise everything within two years.

All in all, it’s a bit of mess and it doesn’t really look as if anyone knows what to do. As one wag put it, “Only Britain could colonise half of the world and then leave the EU because it doesn’t like immigrants!”

Or perhaps in the words of the writers of Dad’s Army it’s either ‘Don’t panic Mr Mainwaring’ or ‘We’re all doomed!’