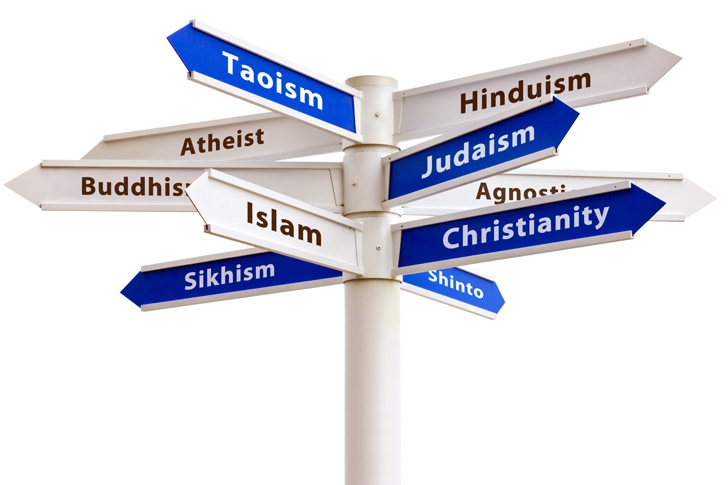 I REMEMBER once having a discussion with the Methodist minister in the Suffolk village where we lived.

His answer to the charge that religion had been the justification for more wars than any other factor in human history, was it was man who precipitated wars, not their beliefs.

At the time I thought that was a reasonable supposition and made good sense. But I think differently now and I have come to the conclusion that religion is in fact a force that works against the best interests of the human race. My conclusion was based on some very deep thought on what religion really is and the nature of its origin.

Incredibly there are an estimated 2000 known religions in the world. The adherents of each believing that only they possess the true knowledge and therefore the answers to mans problems and ultimate salvation. But the truth is, no religion and no individual has all of the answers to the age old question: Why are we here?

One of our design faults is that we, as human beings, detest the fact that we do not have answers. All the ‘I’s’ need to be dotted and the ‘T’s’ crossed.  I therefore believe religion can be defined as: An observation of phenomenon and events that we do not understand, explained by things we would like to believe, peppered with a good deal of wishful thinking.

It is only by this unsatisfactory means that we can slot in the missing parts and complete the circle, giving us this inaccurate picture and in some cases, the right to impose the result on others.  Some of these cobbled together circles promote universal love, whilst others foster conflict and domination. In simple terms: ‘Good’ and ‘evil.’

Ironically both sides of this coin can be present within the same belief system, Christianity and Islam the prime examples.

This is why humanity stands poised on the brink today. The ‘good’ by definition tolerate the ‘bad’ whilst the ‘bad’ abuse the tolerance of the ‘good.’

With the escalation of atrocities perpetrated by religious fanatics that we are witnessing today, this contradictory equation can only end in disaster.

There has to be some urgent rethinking on dealing with the evil creeping ever closer.