Pressing a button… or making your mark 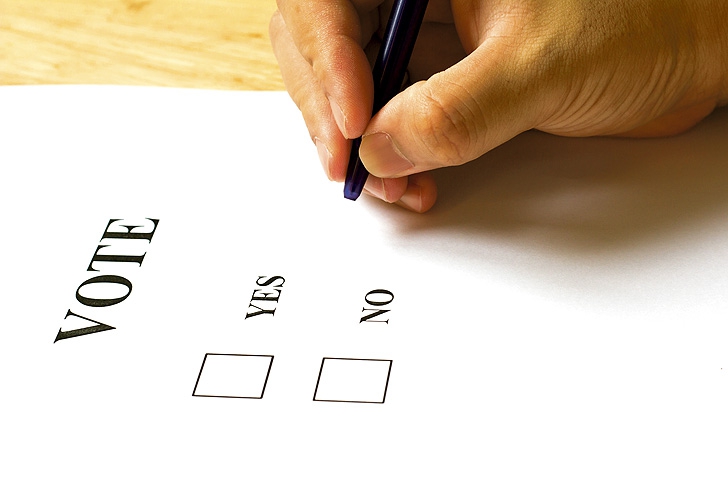 ONLINE VOTING: There have been calls to have this option for the 2020 general election.

IT had to happen but there can’t be many of us who ever thought it would.

In the world’s most advanced democracy there appears to be evidence of cyber groups entering the electoral fray in an attempt to influence the outcome.

Thirty-five Russian diplomats and their families ended up packing their belongings in a hurry and leaving the US. They were given just 72 hours to get out of town.

President Obama ordered the expulsions in retaliation for attempts to hack the US Democratic Party and Hillary Clinton’s 2016 presidential campaign. Hacking, American security officials say, that was carried out by state-sponsored players and the state was Russia.

Will Donald Trump allow those self-same diplomats back? It’s hard to believe that he would. But the issue of cyber attackers attempting to influence an actual election seems to have caught everyone by surprise. There was always a feeling that such groups may be capable of stealing millions of dollars/ euros/pounds in elaborate viral raids, but getting involved in hacking an election? That seemed to be a step too far.

In the US the question has been asked: was Hillary Clinton’s defeat in states that used electronic voting real, cyber or could hackers have been at work?

Perhaps the question should have been: how is it that anyone really thought they’d be able to keep these groups out?

Did the ‘experts’ think the hackers are only interested in money and stealing the millions of private identity files kept by such giants as Yahoo?

This threat to the voting systems of advanced democracies will not go away even if we employ fingerprint scanners, iris scanners and all the other bio-security measures under the sun.

Which brings us back to the humble polling booth, a piece of paper with the names of the candidates on it and your common or garden pencil to make your mark.

The former head of MI6 has now entered the fray: a man who surely knows better than most just what the hackers can do.

Sir John Sawers doesn’t say voting by your phone or computer shouldn’t be part of the future when it comes to exercising your democratic rights. But in an interview with the BBC he says: “The more things that go online, the more susceptible you are to cyber attacks.”

When the American computer expert Edward Snowden fled the West and went to Russia, it was revealed the US National Security Agency collects information on something like one billion people. If it is true the mind boggles. And the collection of all that information involves fair means and foul. Everybody knew it, but to say it in public was another thing.

In the UK there has already been one call for online voting to be an option for everyone in time for the general election in 2020. That’s not very far off. It would be naive to think the UK doesn’t have the sort of enemies who’d like to throw a spanner in that works. Which brings us to the alternative: paper and pencil.

There have been issues of vote rigging and ballot box fraud in the UK but they have always been extremely limited and the culprits have usually been swiftly stamped on.

As Sawers says “the stubby pencil and piece of paper that you put your cross on in the ballot box is actually much more secure than anything which is electronic.”

Perhaps this is one area where the incessant rush to embrace all things technological should be reined in. An election in which the hackers are found to have played a part, even if a very small one, would send shockwaves round the world.

It may sound old fashioned to say, but “if it ain’t broke, don’t fix it.” There isn’t very much about the world of politics at the moment that endears it to its electorates, particularly those, like the UK, that aren’t forced by law to vote or face a penalty. Leaving us with the feeling we’re participating in a process that’s at least democratic, by trailing to the polling booth and making your mark, even if you’re not happy about the outcome, isn’t too much to ask is it?