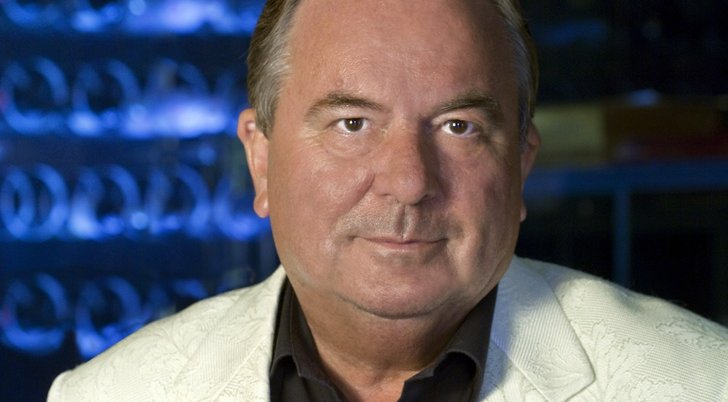 GARRY WAITE: Will offer advice to anyone who needs it.

FIRSTLY may I wish all our readers a very happy, healthy and prosperous New Year.

I am very pleased to be asked by Steven and Michel to contribute on a regular basis to this illustrious periodical. I shall be drawing on the experiences and knowledge of friends and colleagues in an attempt to bring you informative and entertaining articles about food, wine, people and anything to do with the world of gastronomy.

I will also be drawing on my knowledge and experiences as a prolific project manager and consultant to offer advice to anyone who needs it regarding the opening and operating of any type of catering operation. Some questions I will be able to answer in this column, other problems may be better faced on a one-to-one basis, but feel free to contact me either way.

Last year saw the passing of many great actors, singers and icons of the entertainment world. But the culinary world also lost some famous faces. Not all of them will be known to all of our readers but the people here contributed no less to their craft, and provided pleasure to thousands, than some of their more famous theatrical counterparts.

Chef Benoit Violier was the proprietor of Restaurant Hotel de Ville in Crissier near the Swiss city of Lausanne. The restaurant was voted the Finest in the World by La Liste, a French initiative, launched in 2015 in which an international jury ranks the world’s top 1,000 restaurants (he was the first recipient, Spain’s El Celler de Can Roca was voted 6th).

The holder of the greatest accolade of three Michelin stars this 44-year-old was found shot to death in an apparent suicide on January 31, 2016. It was alleged, although vehemently denied by his colleagues and directors of the hotel, that he had lost more than €1 million in a type of ponzi scheme involving high priced fine wines.

Legendary chef and author Michel Richard died on the morning of Saturday August 12. He was 68 and died from complications from a previous stroke.

Since the 1980s, Richard built a catalogue of restaurants that blended American and French cuisine. He garnered national acclaim with his flagship fine-dining American eatery, Citronelle, in Washington DC’s Georgetown neighbourhood and later Central Michel Richard.

Born in Brittany, France, Richard was an adept pastry chef who began his bakery apprenticeship at age 14. Three years later Richard moved to Paris where he worked at Maison Lenotre under famed French pastry chef Gaston Lenôtre. In April 1974, Lenotre sent 20-year-old Richard to help open Chateau France in New York. Though the restaurant and pastry shop was short-lived, the experience marked a turning point and encouraged Richard to stay in America. France’s loss and the USA’s gain!

On a slightly different note, the creator of the Big Mac, one of the most popular fast foods in the world, died on November 30, 2016 aged 98. Jim Delligatti was a McDonald’s franchisee who came up with the idea in 1967 because he said customers wanted a bigger sandwich.

His invention was almost rejected by McDonald’s, which was happy that its traditional meals – a hamburger, fries and a milkshake – were selling well. The firm relented, but while it says it has since sold billions of the sandwiches, it admits Delligatti never received a penny in royalties.

The McDonald’s franchisee, whose full name was Michael James Delligatti, invented the burger while running his restaurant in Pittsburgh, Pennsylvania. He was later said to have eaten at least one Big Mac every week for decades. (Living until 98… maybe the Big Mac has healthy connotations that we have not been told about!).

When the burger turned 40, McDonald’s estimated it was selling 550 million Big Macs a year. The company admitted that they had never paid Delligatti royalties for it. In an interview once he joked that he got a dollar a piece for every one sold!! But soon retracted, jokingly saying that he would have been happy with one 10th of a cent!! But he got nothing.

Closer to home, one of the best known culinary figures of the past 20 odd years on the Costa del Sol, San Pedro legend Albert Benisty, passed away at the age of 63 in September 2016

The former Michelin-star chef suffered from a heart attack, only hours after completing a shift at his well known Albert y Simon restaurant in San Pedro, near Marbella.

Born in Morocco in 1953 Albert Benisty’s destiny was to become a great chef and at the age of 15 he started that long walk to success by training in Sweden.

He returned to Marbella in the 1980s to work at his parents well-known restaurant Casa David. Then taking control with his brother Simon they eventually opened Le Souflée where they gained a Michelin star in 1987 (only the second restaurant in Andalucia to achieve the accolade at that time)

He was the Coast’s Dani Garcia of the time and maintained a loyal following which continues today, in his sad absence, in the hands of his brother and his children Deborah and David who continue his great work as chefs in their father’s kitchen.

In the problem corner section I hope to be able to help newcomers to our area, or indeed to Spain and perhaps more importantly, to our industry. If you would like to ask for my help, send me an email. But here is one question I frequently get asked:

‘I am opening a new restaurant and I am concerned about getting the right staff. I have been in Spain only a few months and this is my first business here. Any advice?’

You don’t say whether you have been in the hospitality industry in your home country, but for the sake of reply I will assume that you have not.

Opening any business in a foreign country is always a difficult process but a restaurant is fraught with more problems than most.

If you are not a chef then the selection of someone to run the kitchen is the most important decision you will make. Most successful small operations are when the proprietor is the chef or at least can move into the kitchen in the event of a fall out or problem with the chef!

It depends on what style of restaurant you wish to open. Once you have decided the style then you can ask people in the industry if they know of any chef’s that would suit your criteria.

Firstly talk to the candidate about your concept and ask him/her to design a small menu that he/she would put on if they were opening their own restaurant. This will give you an idea of their capabilities. No matter who has recommended them, after interviewing them and, if you are happy with them, check references.

In all the years I have been in Spain only one person has ever asked me for references for staff that have worked for me. I have seen staff that I have fired working for other people and causing the same problems. Nobody would take on someone in their home country without checking references so don’t do it here!!

Look for stability in the applicant. How long has he been here? Why did he leave his last job? How long was he working there? Has he got a wife/girlfriend/resident partner? If the applicant is Spanish he should be able to communicate in your language if you don’t speak Spanish. Likewise if the applicant is not Spanish they should have a knowledge of Spanish even if it is only sufficient to deal with suppliers.

Above all monitor the kitchen, take stock monthly, check invoices against actual purchases and above all ensure the kitchen is kept clean.

Any staff working in the hospitality industry needs to hold a food handlers certificate. This is carried out by your local authority and is a simple Q&A that most people pass without problems.