Leo the Lion fundraising reaches goal thanks to anonymous donor 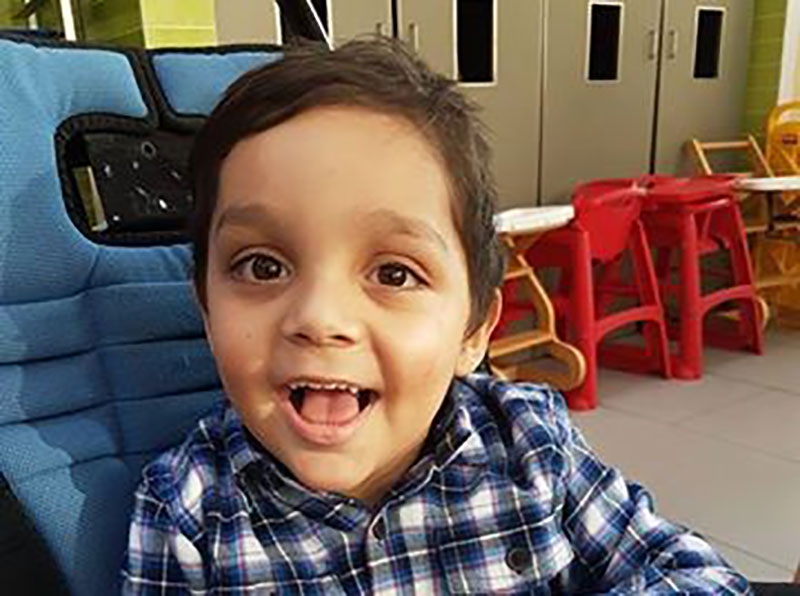 A KIND-HEARTED anonymous donor has stumped up the balance for the Leo the Lion campaign so that four-year-old cancer fighter Leo Bermejo will be able to travel to the States for proton beam therapy.

The exciting news came from mum, Karen, who is accompanying Leo at the Alder Hey Children’s Hospital on Merseyside while he waits for surgery on his brain tumours.

And in a double dose of good news the doctors at Alder Hey have told her that Leo’s spine is clear from tumours or lesions.

So the cancer is purely focused in the left area of the brain where the tumours keep growing and there is another suspicious looking nodule below these tumours.

The plan is for surgeons to remove the two existing tumours. But, they will not operate on the nodule because of its critical location and the possibility of causing meningitis or delaying the start of proton beam therapy. Instead it will be targetted by the treatment in the States.

Leo should make a fast recovery from the surgery and be able to travel to the USA within 10-14 days of the operation, which will be on Friday.

Reacting to the anonymous donation mum Karen said, “Now we know he can get the treatment he needs, we can all focus on the operation.”

“I appreciate that there are numerous fundraising events planned and now we have raised the money I don’t want you guys to be put off from doing them. Leo’s target for his treatment has been reached but to give Leo the best chance in life he will need months if not years of physio, speech therapy due to his neurological issues and hemiplegia that he has suffered. Such intense treatment has been quoted at £1000 a day.”

She went on to say, “If people want to continue to do the already planned events for Leo to help pay for these additional things that’s brilliant and very much appreciated, however if people would like to change their donations to go to another charity then we will also be fully support this. In this case we would suggest donating to a charity that has a personal attachment to Leo such as the PNET charity or the Brain tumour charity so other kids in the same situation as Leo can get help and more research can be done into other treatments of brain tumours.”

“We still have our feet firmly on the ground and understand the situation is the very very bad, survival rates are low. But you only have to look at the photos of Leo from this morning to see he is not ready is give up yet or anywhere close to it. Every single week he progresses, he is stronger now than in the last 18 months.”

To give to  the Leo the Lion fund here is how you can donate: