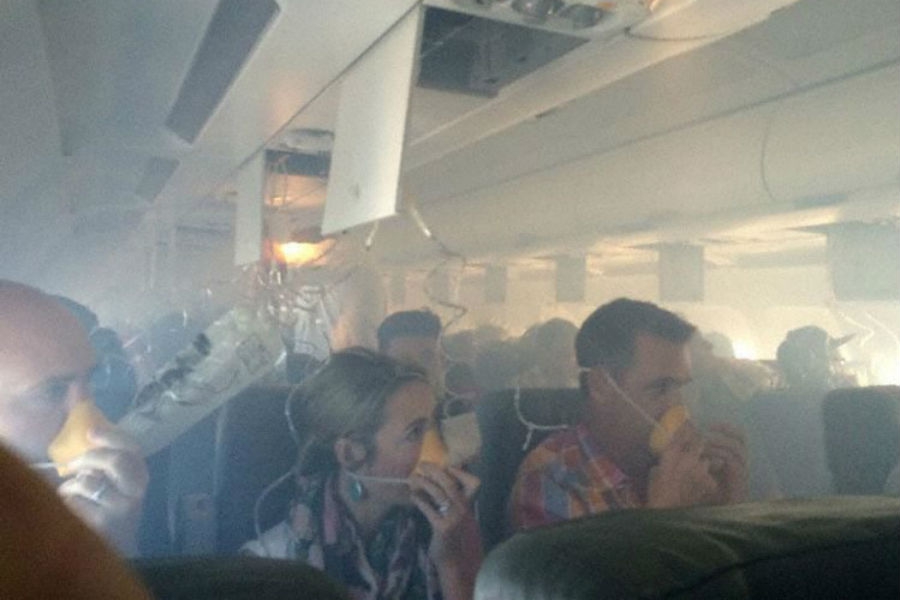 BRITISH airline easyJet is to fit new air filtration systems into  its passenger cabins and cockpits to stop toxic fumes entering in a move seen as the industry’s first acknowledgment of “aerotoxic syndrome” that can be dangerous and may explain sudden illness in pilots and passengers.

Tests on these new filters will take place in early 2018.

The NHS in the UK has set up a special unit at St Thomas’s Hospital in London to help those who have been affected by toxic fumes on board aircraft.

The Euro Weekly News  recently wrote about the dangers of aerotoxic syndrome which many airlines refused to recognise. The full story may be read here and basically explains that in order to save money, airlines had taken advantage of an international agreement to allow the ‘wet seals’ that filter oil to have a life expectancy of 30,000 flight miles from the original 5,000 flight miles.

According to the Aerotoxic Association, a decision was made in 1963 to cease drawing air into the cabin through the fuselage to the use of what is known as ‘bleed air’ which is taken from the engines and mixed with 50 per cent of re-circulated cabin air.

These two actions are said to have led to an increase in the amount of episodes of ‘fume event’ which is often dismissed as simply some blue or white smoke but in fact may be toxic and is alleged to have adversely affected up to 250,000 people including many pilots and crew.

It remains to be seen whether other airlines will follow easyJet although there is a fear that many will not wish to admit to the supposed problem for fear of receiving financial claims from those affected, especially pilots and crew.