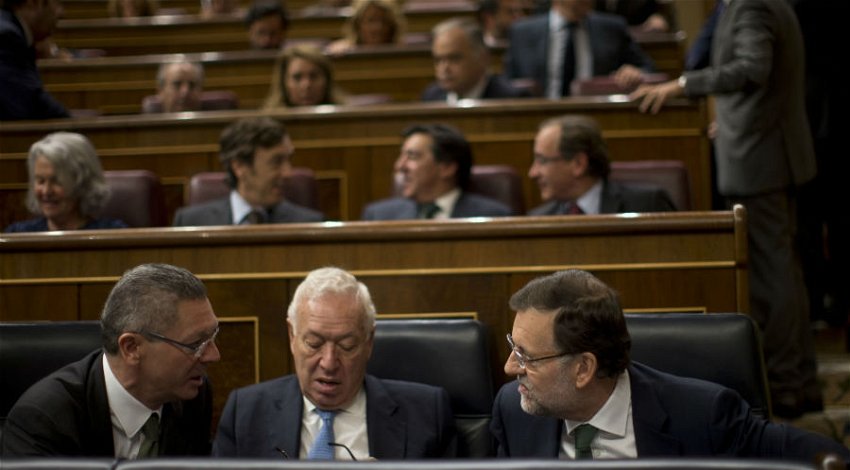 AN interview by former Spanish Foreign Minister with Canal Sur about Gibraltar has resulted in a stinging denial by the Chief Minister.

Explaining that Gibraltar will eventually have to welcome dual sovereignty for Spain José Margallo said that the people have to be convinced of the financial advantages which would be exceptional.

If Gibraltar wishes to continue to trade with the European Union and to obtain all of its benefits, then it needs access to the Union which it will lose when Britain leaves.

Spain offers a great option and if Gibraltar came alongside, it might even find that companies that have to move their head offices from London, might even settle on the Rock he surmised.

In addition, thanks to Spanish law, Gibraltarians could enjoy dual nationality and he saw a future where Gibraltar and the Campo could even compete with Rotterdam as a container port.

Although in the past the former minister had been quite belligerent about Gibraltar and its people, he now appears more prepared to offer a carrot of continued prosperity rather than brandishing a big stick even though he has no ministerial position.

He explained that when in the Spanish government  he had spoken to a number of very influential Gibraltarians who agreed to arrange a private meeting between himself and Chief Minister Fabian Picardo but this never materialised because Mr Picardo was scared that the media would become aware of it.

He also suspects that the Chief Minister privately recognises the benefits of dual sovereignty but is not prepared to admit this is public.

In return, Mr Picardo made it very clear that this was not his memory of the events saying;

“It is true that Snr Margallo sought to meet with me directly. The request for the direct meeting was despite his public statements to the effect that he would only meet on Gibraltar with the United Kingdom bilaterally or in the context of a Quadrilateral Forum including the Junta de Andalucia.

“My response to the private request was exactly the same as my public position on any meeting with a Spanish Minister or official, namely that I would only be prepared to meet to discuss non-sovereignty matters and that the meeting should not be secret.

“ Given my reply, I did not receive a further response.

“Now, as then, I think everyone in Gibraltar considers that Snr Margallo was entirely deluded in his approach to the people of Gibraltar.”