IN PHOTOS: Area hit by devastating floods in south of Spain still not declared disaster zone 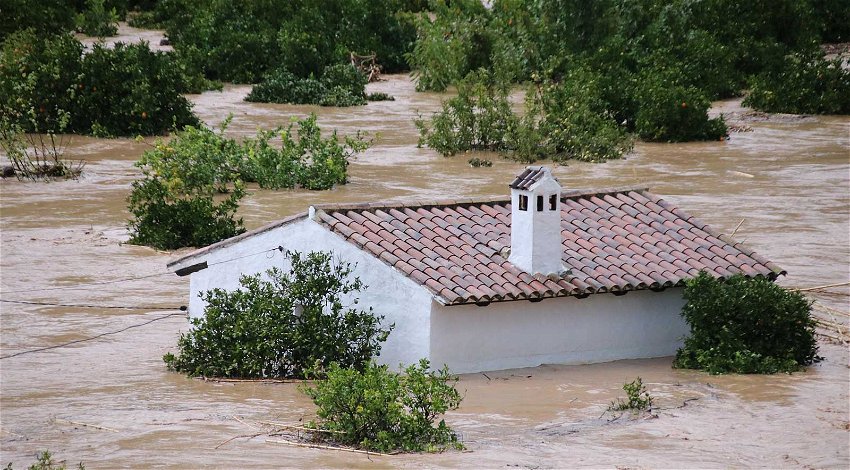 THE Spanish government has not yet declared the Serrania de Ronda a disaster zone despite the catastrophic flooding of last weekend.
The Council of Ministers met on Friday in Sevilla, but has not yet deemed regions of Malaga a ‘catastrophic area’ in the wake of the floods that hit the area during the cold drop last Sunday.
Nor was it established whether aid will be granted to municipalities and residents affected by the storm.
Government spokesperson, Isabel Celaa, reportedly said at the end of the meeting that the executive ‘is still in the phase of study’ in relation to establishing Andalucia as an area affected by an emergency.
She did not specify an exact date when a decision will be made ‘to meet the immediate needs and expedite procedures’ to request subsidies and repair the damage caused.
Celaa said ministers ‘have been making emergency reports in Andalusia and in other areas of Spain’ and that in six or seven days ‘the consideration or not of the emergency zone can be offered.’
The heavy rains caused flooding mainly in the provinces of Malaga and Seville, resulting in overflows of the channels of the Rivers Falao and Salado, in Almargen, the Arroyo Rincon, in Campillos, and Guadiaro in the Serranía, with the currents causing devastation.
Teba, Sierra de Yeguas and Campillos in the region of Antequera and Ronda and its Serrania, were mainly affected.
Clean-up operations are still underway.
Renfe’s medium-distance rail transport services, Sevilla-Granada, Sevilla-Malaga, Malaga-Ronda and Granada-Algeciras, and long distance connections Altaria Algeciras-Madrid and Madrid-Granada have also been cancelled.