Stay in your shed, David! Didn’t you do enough damage first time round? 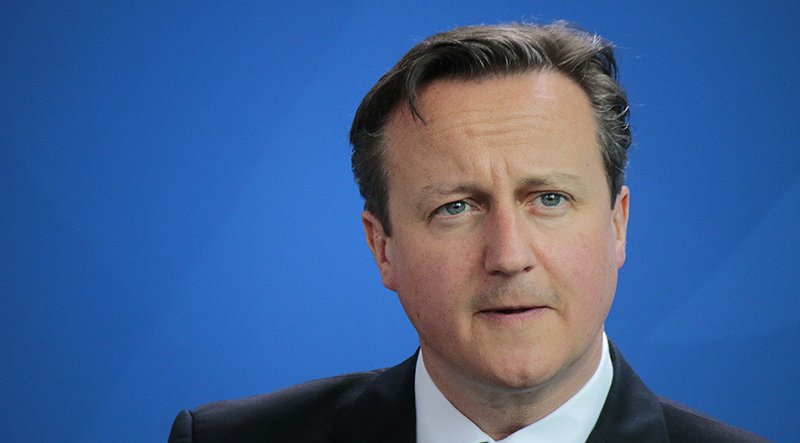 RETURN?: It appears David Cameron would like to be Foreign Secretary. Credit: Shutterstock

NO MATTER whether you are Leave, Remain or Just Very Bored of Tunbridge Wells, news that David Cameron fancied returning to frontline politics as Foreign Secretary must have had everyone checking it wasn’t April Fool’s Day.
Well, he may have been “bored s***less” in his £25,000 “writing” shed these past two years; meanwhile, thanks to his actions, most of the country’s been scared s***less. Cameron returning to politics would be like the deserting rat returning to the ship it tried to scuttle. Thanks, but no thanks!
But why “bored s***less”? Didn’t Profumo retire to a soup kitchen? Yes, there’s a lot of good work out there a bored ex-politician could do. Like teaching, charity work or one of the caring services.
Alternatively, give him a one-way ticket and install him as Governor of Bermuda. Even better: South Georgia – all those penguins to talk to.
Admittedly, when bored, who hasn’t occasionally thought of some wheeze or other to while away the time? Foreign Secretary, yep, that’d do it. Or maybe a diplomat, helping out a bit with trade deals in nice warm countries. Or Governor of the Bank of England.
Basically, it sounds as though Cameron decided to run a return to politics up the flagpole to see who’d salute it. Then, seeing the negative reaction he denied everything. Not a very convincing performance but ’twas ever thus with him.
Having made the worst political decision of modern times, authorising a referendum on EU membership, he wanted to come back and make a spectacular pig’s ear of things once again. He alone is responsible for the bitter divisions within his own party. He backed a vote he didn’t need to have, then “scuttled off” when things went belly up.
A final thought: couldn’t he have a second bromance with Clegg over at err, Facepage? He’d be paid loads and he’d think he was doing something worthwhile. It wouldn’t let him do any real harm and the UK would be free of him in frontline politics. A win-win for everyone!
Nora Johnson’s psychological crime thrillers ‘The Girl in the Woods’, ‘The Girl in the Red Dress’, ‘No Way Back’, ‘Landscape of Lies’, ‘Retribution’, ‘Soul Stealer’, ‘The De Clerambault Code’ (www.nora-johnson.net) available from Amazon in paperback/eBook (€0.99;£0.99) and iBookstore.All profits to Costa del Sol Cudeca cancer charity