The day I became a Tory Lackey 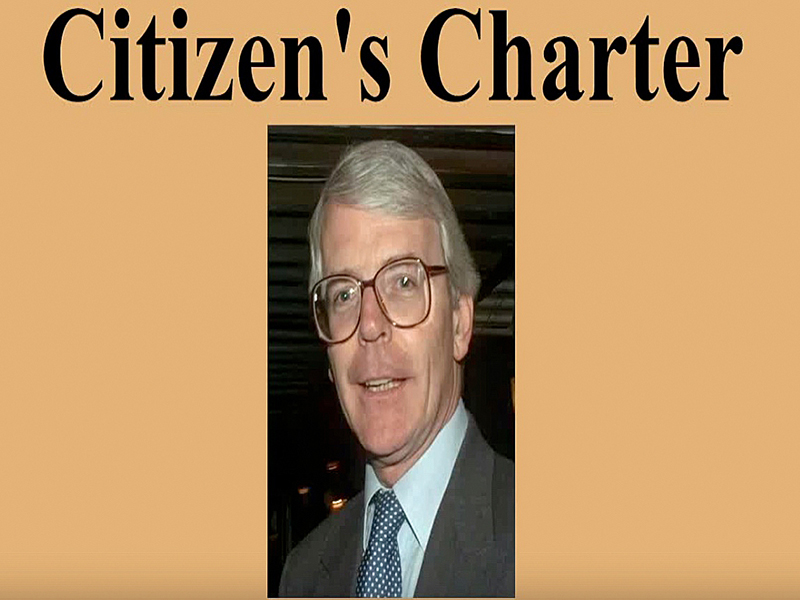 ‘HEY, that’s me you’re talking about,’ I yelled at the radio during a discussion of an affliction I’d not heard of before: imposter syndrome.

This is a psychological condition in which individuals imagine they are frauds, and that their accomplishments are fake.

But in my case – back in the early 1990s – there was nothing imaginary about my phoniness and my accomplishment was genuine. I was working for a contract publishing company which was invited by the Home Office to pitch for a publication for then-Prime Minister John Major’s Citizen’s Charter initiative, aimed at improving public services in the UK.

Barbara Burrows, our Managing Director, called a staff pow-wow to say that we were required to tell a bunch of senior civil servants how well we could do the job. Then, fixing me with a determined gaze, she said ‘I’ve decided that you should do the presentation.’

I strongly protested that I was absolutely the wrong person for the task because I was an unreconstructed socialist who detested the Tories; that I thought the Charter was a monumentally stupid idea, and that I resented promoting a venture that was a criminal waste of taxpayers’ money.

‘Never mind all that,’ Ms Burrows snapped. ‘The contract is worth £1-million a year to us and you have the ability to talk the knickers off a nun.’

On the morning of the presentation I swallowed three Valium, got suited and booted, and strode into a conference room to address a panel of about a dozen of Major’s cronies, all the while smiling insincerely at the ugliest man in the room. Why? Because someone once told me that repulsive individuals are generally the most powerful in government and large corporations, and they are the ones to charm.

After the presentation, trembling like blancmange in a hurricane, I sprinted into a pub nearest to 10 Downing Street and necked three large whiskies in five minutes, thinking as I did so how much of hypocrite I had been by hyping-up something that ran contrary to all my principles. And I hated myself for having done so.

I loathed myself even more when the boss lady announced that we had won the contract, and that, because my presentation had been so awesome, I would be the one to edit the Citizen’s Charter monthly rag.

So, with gritted teeth, I churned out Tory waffle, feeling more and more of a traitor as each day passed.

Part of the Charter’s remit was to make a monthly award to a government department judged to have done a brilliant public service task. An early issue carried a report and photo of a social security team, the first award winners in the scheme.

A short while later, to my absolute delight, the entire team quit en masse when they won millions on the national lottery. Tears of laughter and joy ran down my cheeks.

Further relief and delight followed when the Citizens’ Charter collapsed after Labour took power in 1997. The Tories suffered their worst electoral defeat since 1932, and I was able to regain my lost self-esteem by taking on the editorship of a renowned atheist magazine, ‘The Freethinker’, a job I’m still happily doing more than 20 years on.