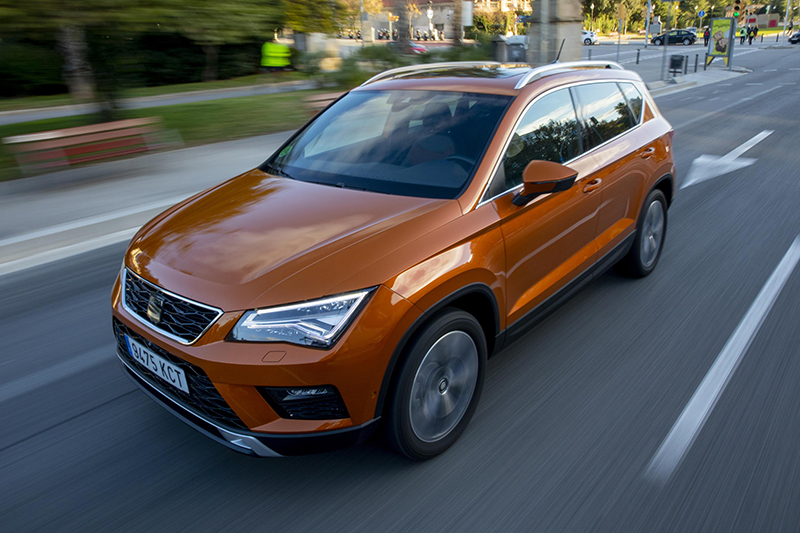 2 KILOMETRES: The life blood pumps through the car.

“Under the skin of the SEAT Ateca is a complex network of cables which would stretch out over 2 kilometres.”

A complex network of cables of more than 2.2 kilometres in length runs through the SEAT Ateca, which the company bravely compares to a “set of arteries, veins and capillaries of the human body.”

The cables form part of the electronic system which allows a central computer to read data from sensors around the vehicle and respond within “thousandths of a second”, when some of the vehicle´s functions are activated, mimicking the circulatory and nervous system, but in a car.

Don´t worry too much that you might be breathing life into a vehicle and that the attachment of the human emotional system will take over, it is still a machine, it is just a car, but it is now one of the most technologically advanced in its sector.

Models such as the SEAT Ateca have more than 1,350 cables that, placed in a straight line, would cover a length similar to that of a runway. They branch off in more than 30 circuits that, “guarantee almost all functions of a car and transfer energy from one place to another, as happens with the blood circulating through the body,” says Pedro Manonelles, engineer at SEAT.

With up to 100 sensors and switchboards:  These devices, capable of interacting with each other, work in a similar way to the human body. Just as the brain sends a signal for the hand to move and it does, this system, “allows activation of functions such as stability control, parking proximity, driving modes, sound or the blind spot detector” , he continues.

Despite the complex network, weight is kept to a minimum, with the Ateca´s system weighing in at around 40 kilograms.

Although we might think this almost humanoid system is the most advanced on the market, it has been some 20 engineers the past 3 years to thread the systems through the car to offer the most effective and ergonomic use, without compromising the functionality of the electrical system.

Of course the obvious downside, which may well be an upside for some, is that it will be almost impossible for a general mechanic to fix a fault, making repairs, if they are ever needed, a potentially costly process, as they will only be able to be done by engineers with as thorough a knowledge of the systems as those who developed it, but with as much research and development they have invested, perhaps faults are a thing of the past and our cars will become intelligent enough to fix themselves, if needed.