AS2 readies for take-off 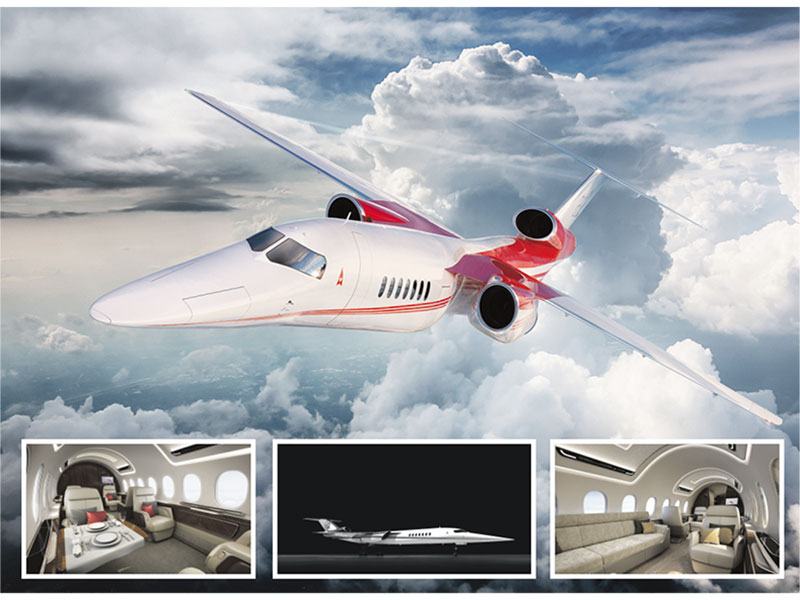 Aerion AS2: Stretch out on the couch at the speed of sound.

AS the last supersonic age closed with the final abandonment of the Aerospatiale Concorde in 2003, Texas billionaire Robert Bass was ready to step forward and commence an effort to resume supersonic transport for the private individual. The company he founded and funded is named Aerion Supersonic and is headquartered in Reno, Nevada, USA.

The company was founded in 2003 to develop new and efficient aerodynamic technologies for supersonic flight. Aerion revealed its AS2 12-passenger business jet design in 2014. After many twists and turns this amazing story is advancing towards its climax with the announcement in October 2018 that Aerion and GE Aviation had unveiled the GE Affinity TM engine, the first supersonic engine in more than 50 years.

Then in February 2019 Boeing and Aerion Supersonic announced a partnership. As part of this partnership Boeing made a significant investment in Aerion to accelerate technology development and aircraft design, and ‘unlock supersonic travel for new markets.’

Flying at 1,610 kilometres per hour, the Boeing – Aerion AS2 aircraft could become the symbol of private and business travels, with the capability of transporting 12 passengers from New York to London in little more than three hours.

The first flight is planned for 2023 and final certification in 2025. A market of 100 AS2s is anticipated, as is a premium price above the current sub sonic business aircraft manufactured by companies like Embraer, Gulfstream and Dassault or indeed their ‘heavy’ cousins from Airbus and Boeing.

Potential customers may be expected to be already in discussions to reserve their slots on the production line.

“Aerion is the industry leader mapping out a successful, sustainable return to supersonic  flight,” said Tom Vice, chairman, president and chief executive officer of Aerion. “The AS2 is the launch point for the future of regulatory-compliant and efficient supersonic flight. Together with Boeing, we’re creating a faster, more connected future with tremendous possibilities for enhancing humanity’s productivity and potential.”

Boeing NeXt works with industry partners and regulatory agencies to lead the responsible introduction of a new mobility ecosystem. The division’s portfolio includes prototyping activities and programmes which will shape the future of urban, regional and global mobility. These programmes include autonomous air vehicles and passenger-carrying hypersonic aircraft.

Nothing worth doing ever really proceeds in a straight line, but the Aerion effort looks like it is ready to roll. The needle-sharp nose of a passenger supersonic aircraft the AS2 is approaching its runway and readying for take-off.

Readying to transport the wealthy and the urgent at high speed and in some luxury, from  London to New York in just three hours.