‘GROUNDED BY BREXIT’: Couple allegedly denied holiday to Spain after husband’s visa application is turned down 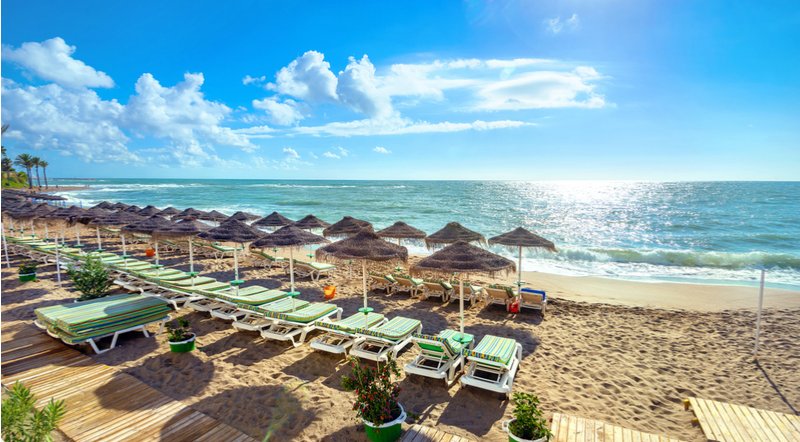 A COUPLE claim their vacation away to the Costa del Sol was reportedly denied due to the uncertainty of upcoming Brexit rules and regulations.

Ahmed Shalabi, 35, wife Samantha Fearn, 30, and sons Adam, nine, and Finley, six, from Storrington in West Sussex, have visited Benalmádena each year since 2017.

The Spanish Consulate reportedly refused Ahmed’s visa application due to a lack of proof of his marriage. The flights were booked back in January and the application process for Ahmed’s visa started at the beginning of March through BLS International.

All necessary documents were said to be forwarded including duplicates of their bills, births and marriage certificates. However, the advice of the British Consulate in Egypt was that Ahmed was to have their marriage certificate translated from Arabic into English. At this point it was stamped for approval. This is seen not to be valid documentation under Spanish rules and guidelines.

Staff at the Spanish consulate allegedly wrote to Ahmed explaining this is not accepted as proof of marriage due to the wedding’s location being outside the Schengen area. Explaining that the couple were not at fault, yet, because of Brexit, they will be unable to travel.

Even though Britain still has a firm foot in the European Union and Brexit has not had an influence to make adjustments to visa requirements.

The family feel ‘punished for no reason.’ Samantha told British press that the couple “lost our flights, we’ve lost the hotel. We don’t exactly have a lot of money, and now we’ve lost £2,000.

She added the couple have “been refused a visa and lost a holiday for no reason. It’s completely unjust”.

She questioned why the refusal letter was dated April 15, but the couple didn’t receive it until the April 26.

Ahmed had to apply for a visa to be able to visit countries in the Schengen area, including Spain. The Schengen area is named after the agreement which was signed in Schengen, Luxembourg, in 1985, and covers 26 European countries.

The UK and Ireland refused to be part of the zone in 1997 when joining the EU charter.

Ahmed and his wife travelled to the Consulate office the following day after receiving the denial, but said staff told him ‘Spanish laws had changed’ then for reasons unknown, called security to have him removed from the premises.

Following this they went to BLF International, where they were then told ‘the offices only deal with visa applications, not visa refusals. We’ve not known anything like this. But who knows – it may be Brexit reasons”.’

After this the couple have lost all hope of any recompense for their monetary losses. HSBC insurance does not cover visa refusals, cancellations with the hotel need to be made at least two weeks before check in and EasyJet policies exclaim that if funds are returned it can take months.

The Spanish Consulate in London is still yet to provide reasons for decisions made and policies dictate Mr Shalabi is to issue an appeal if he wanted to overturn the denial.  BLF International confirmed their stance on the matter that, they cannot help applicants whose visas have been refused by the Spanish Consulate.

It seems at this point, that with the threat of an impending Brexit, many European countries are altering their laws and documentation requirements before Britain has even left. Can be taken as a sign that while the UK’s threat to leave at a certain date and not making the deadline is already causing problems with other countries developing their changes and putting them into action?

The Euro Weekly News has contacted the Spanish Consulate in London for further information.