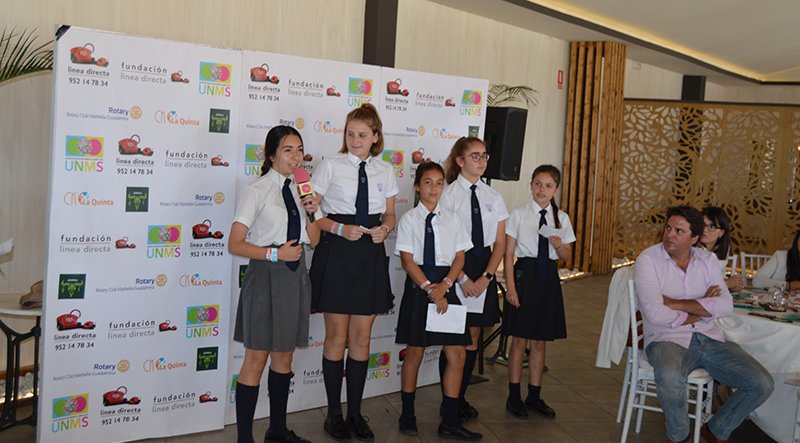 COMING TOGETHER: EIC pupils spoke of their concerns at the summit hosted by Nicole King (inset). CREDIT: Euro Weekly News

Organised by EWN columnist and Marbella Now’s Nicole King and supported by host Georgina Shaw it brought together representatives of the more than 120 nationalities who live and work in the city.

Each year the turnout increases and there was a very large audience who participated in what was not just a presentation but a discussion about what can be done to help the young, the old and the dispossessed in Marbella.

Those attending included local politicians, Consuls from Denmark, Honduras and Britain as well as a wide number of charities and businesses who just want to see Marbella become a better and even more inclusive residence for those who live there.

All present wanted to see ways in which the various communities could work together in order to make life even better for residents be they young, old or just lonely.

Charities for the young and the old, those affected by medical problems and the hundreds of animals who are abandoned in the area were among those present.

A ‘posse’ of youngsters from the English International College spoke about their commitment to environmental change and also about the problems and lack of opportunities for young teenagers in the area.

The general feeling was that good intentions whilst admirable are only to be praised if people actually follow through with their ideas and this is another reason to read a more detailed report in the paper on Thursday which gives some of the ideas of what individuals, charities and businesses can do to make life better for everyone in need.