If a job’s worth doing… 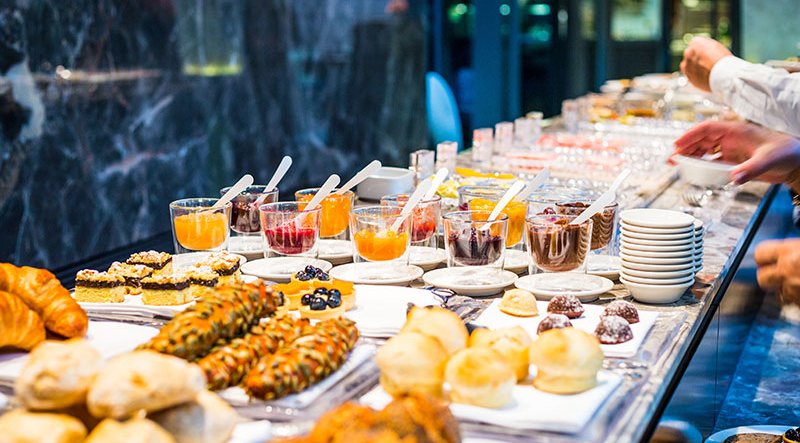 OVER the years the dreaded buffet breakfast in hotels has become the norm. In my opinion it is absolutely revolting.

First of all, I can’t do them because of my inability to stand still long enough to get anything, but also i’’s the food itself. I enjoy a hot breakfast and if I’m not in the mood for that I have a yoghurt and a bit of fruit.

But if you don’t get there the moment the buffet opens, the hot food becomes overcooked, dried out and lukewarm. The fried eggs are dried out lumps of … well, egg I guess. I’ve also been reliably informed that the scrambled eggs are not made by stirring cracked eggs into a bowl. They are, in fact, in most places, powdered egg which is real eggs cooked then dehydrated, packed up in bags and shipped out to the hotels.

The baked beans are all dried out … you get the idea. Then there’s people that load their plates with a mixture of foods that just no-one would ever eat in their own home. A dried out egg with a lump of melon on the same plate alongside a chocolate croissant with a slice of smoked salmon and a baby bell. I prefer the old fashioned way where a  member of staff serves you from a menu. I don’t want a coffee machine to help myself.

Remember, most of these places are charging 10 to 20 euros a pop for this stuff. I will tolerate a selection of cold stuff for the continental breakfast, but anything hot has to come out of the kitchen freshly cooked.

Here’s a suggestion for all film and TV mini series makers. It’s something that has bugged me for a while now. At the end of a few shows and movies lately, up pops an ‘in memoriam’ notice naming a person or, in the case of Blacklist, two people, whose names are not immediately recognisable as anyone in the show, that it has been dedicated to. So off we go to Google who they are and usually do find out ourselves.

My suggestion is if you are going to give them a mention as a mark of respect do it properly and tell us who they are and why they are worthy of an ‘in memoriam’ mention. Tell us a bit about them – not a two second on screen flash.

If a job’s worth doing, do it properly.