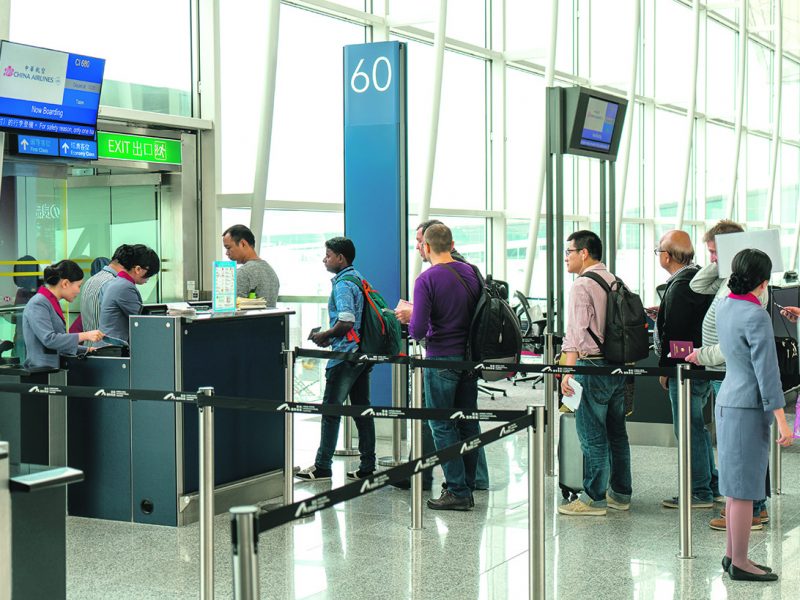 DELIGHTED to report that at the time of writing my lovely family is gathering to celebrate the arrival of my eighth decade. My estranged spouse Pauline, with whom I remain good friends, was one of those coming from Ireland accompanied by my son David.

They were flying with easyJet and Pauline was travelling for the first time on her new Irish passport. All initially went well at Belfast International and, with bags duly checked in, they presented themselves at the boarding gate. Some friends of Pauline went through first, closely followed by my son.

Although somewhat taken aback, but undeterred, Pauline then showed her that on the passport’s adjoining ‘remarks’ page the Embassy had typed in ‘Birth certificate name Pauline Devine.’ Up to then the exchanges had been fairly pleasant and low key, but overhearing the discussion another ground crew member then decided to move into the conversation. And she was ‘one of those!’ Apparently holding more authority than the first girl, she proceeded to snatch the Passport and in extremely loud and overbearing tones, not only informed Pauline that she would not be allowed to board the plane, but sneeringly added that the information on the remarks page had in ‘no way been printed by the Embassy’ and was ‘even in a crooked line.’

Needless to say Pauline was now utterly embarrassed and completely taken aback. This unpleasant member of staff was, in front of a line of passengers, actually accusing her of illegally tampering with her own passport. It got worse. She then curtly told Pauline – ‘Pay us £80 and we’ll let you board the flight.’ Pauline naturally asked her to explain the reason. ‘Name change fee’ snapped the woman.

With hackles now rising and not at all satisfied with this curt explanation, Pauline then informed her that she didn’t in fact have £80. My son David, on hearing the confrontation had now returned to the gate. The women promptly asked him if he had £80. When he said that he hadn’t, David then added they had to get on as they were en route to celebrate his Dad’s birthday and that all their friends were already on the plane? ‘Ring them then’ snapped the woman. ‘Get one of them to come back and pay the £80.’

With this suggestion utterly out of the question and tempers becoming decidedly frayed, Pauline now realised that they could now quite easily miss the flight and possibly even my birthday. She decided to abandon her principles and, even though the reasons were still not clear, reluctantly carded the £80 and was finally allowed to board. The next day I telephoned easyJet for an explanation. To be continued…