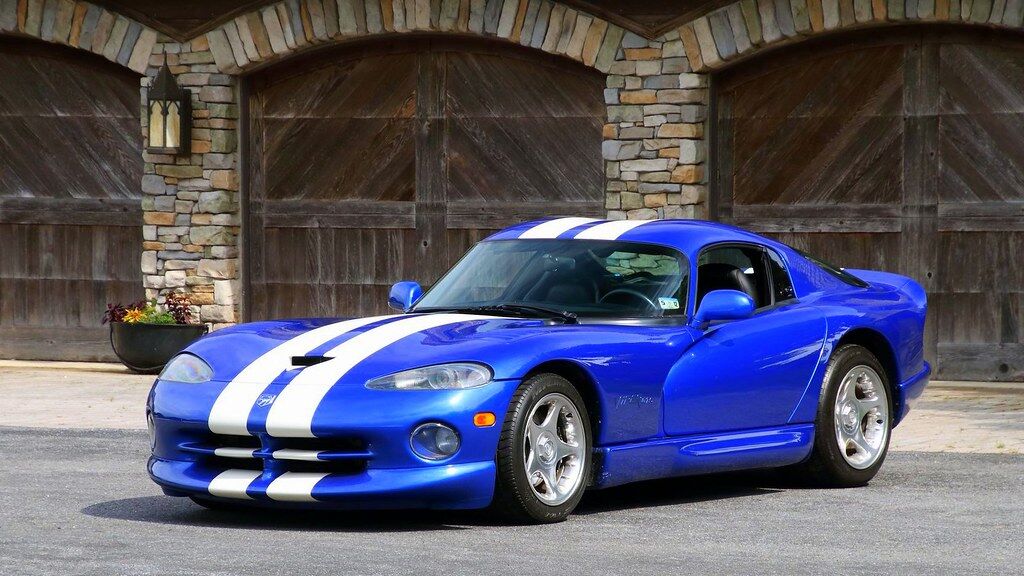 All these years on, does the Dodge Viper hold its own in today’s world?
NEARLY 25 years ago, the Dodge Viper was a popular sight adorning the walls of teenage boys’ bedrooms along with scantily clad models and rock bands, but does the legendary muscle car still cut it in today’s society, where performance cars have reached such great heights.
In short, the answer is no, but what you do get is a unique experience where raw power meets basic ruggedness to provide a scary, let life affirming experience that will both terrify you and enthral you in equal measures.
So let’s start with some history, the Viper was revealed as a concept car at the 1989 Detroit Motor Show. It then took three years for the engineers at Dodge to bring the concept to life with the first production model rolling off the production line in 1992.
First incarnations of the car were not greatly received, with the engine being the main cause for criticism.
The original plan was to use the LA360 V8 with two extra cylinders bolted on, however internal ownership issues led to the final production engine becoming a bit of a “what’s in”, borrowing parts from both Dodge and Chryslers parts bins.
A shake up happened during 1995 when the whole engine and chassis were upgraded, and a new GTS version came on to the market. The engine was increased to over 450bhp and the drivetrain setup was refined.
Later versions of the mk2 model would go on to become the iconic sports car that would set hearts racing.
Driving the car is a visceral experience, a hefty shove is required to get the car into first and a mixture of the long travel clutch pedal and the delicate nature of the accelerator meant that pulling away was a fine art.
One moving, the first thing you notice is the noise, the car rumbles and knocks in a sound that only a highly tuned American V8 can make, much more guttural than the V10s and V12s coming out of Germany of Italy.
Another surprising feature is the surprising amount of front end grip the car has. With over 450bhp spinning through the back wheels the car remains planted and only when a little too heavy on the throttle, does the back end become playful.
What soon does become apparent is that once the novelty wears off, the cheap plastic interior and the uncomfortable driving position becomes a problem, and the constant in your face attitude of the handling and driving becomes less of a joy and more of a chore.
The car, whilst not quite a supercar, is more of a modern day hot rod that stands in a category all on its own, with no real peers, and with relatively low price tags for early models and very little mechanical issues on early examples, owning a bone fide classic piece of motoring history is a very doable ask.