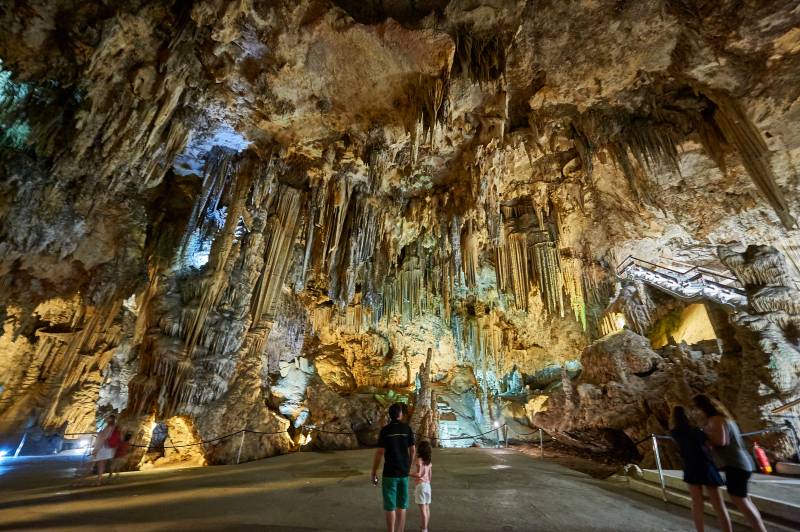 THE CUEVA de Nerja welcomes an international press meeting that concludes the 60th anniversary of its discovery. Among the participants are professionals from the New York Times, the Diario de Noticias, from Portugal, and the association of Ibero-American press correspondents, among others.
The meeting allows journalists from all corners of the world to witness the caves first hand, including its environment and the scientific work that is done from its Conservation Institute. Around twenty professionals will be able to check the biological, geological and archaeological values ​​of the cave as well as its present and future potential. From there, they are invited to share with readers and audiences all about the grotto.
The Caves of Nerja are one of Spain’s major tourist attractions and are a series of caverns that stretch for almost five kilometres. Concerts are regularly held in one of the chambers, which forms a natural amphitheatre.
The caves were re-discovered in 1959 by five friends, who entered through a narrow sinkhole known as “La Mina”. This forms one of the two natural entrances to the cave system. A third entrance was created in 1960 to allow easy access for tourists, just south of the Sierras of Tejeda and Alhama National Park. The cave is divided into two main parts known as Nerja I and Nerja II. In February 2012 it was announced that possibly Neanderthal cave paintings dated in 42,000 years have been discovered there.

The event will close the 60th anniversary of the discovery of the cave, which has been celebrated with tributes to the discoverers, the publication of a commemorative book, parades and the traditional International Festival of Music and Dance.