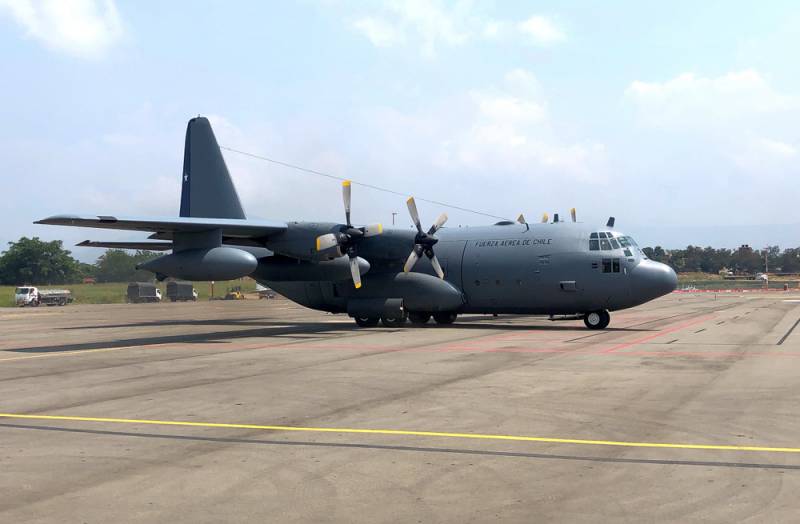 CHILE’S air force informed yesterday (Tuesday) that a Chilean military plane with 38 people on board “lost radio communication”, after taking off from the south of the country for a base in Antarctica.

In a statement the air force says it was yet to locate plane, but concluded it must have crashed with chances of finding survivors fading given the number of hours it had been missing.

According to Aljazeera, Defence Minister Alberto Espina added that the chance of finding survivors was looking “difficult” but he stressed that it would be “profoundly wrong” to lose heart at this moment when they were doing everything “humanly possible” to find it adding that the air force had provided a thorough investigation to clarify the facts with complete transparency.

As reported yesterday by Euro Weekly News the aircraft, a C-1300 Hercules transport plane, took off from Punta Arenas at 16:55 local time (19:55 GMT). Operators lost contact with the plane shortly after 18:00 (21:00 GMT) the air force said in a statement. The plane carried 17 crew members and 21 passengers, including three civilians.

President Sebastian Pinera said in a tweet that he would fly to Punta Arenas along with Interior Minister Gonzalo Blumel.

Once there, they would meet Espina to monitor the search and rescue mission.

“My thoughts and prayers are with the families of the 38 crew members and passengers of the FACh [air force] C-130 plane,” Pinera wrote on Twitter, where he said his Brazilian counterpart, Jair Bolsonaro, had offered support. Argentina’s government also said it had offered air and naval assistance for the search and rescue, Pinera said.

Drake’s Passage, the area where the plane went missing, is known for severe weather conditions, including freezing temperatures and ferocious storms. But the air force said late on Monday that the weather was good when the plane began its flight, or the mission would not have been carried out.

General Eduardo Mosqueira of the Fourth Air Brigade informed local media that a search operation was under way. A ship had been sent to the general area where the plane should have been when contact was lost.

Reports indicate that the aircraft would have been about halfway to the Antarctic base when it lost contact, however, no emergency signals were activated. Euro Weekly News understands that the pilot had extensive experience and the plane had been scheduled to return on the Monday night.

The personnel on board the plane were on an assignment to check on a floating fuel supply line and other equipment at the Chilean facilities at the Antarctic base, the air force said.