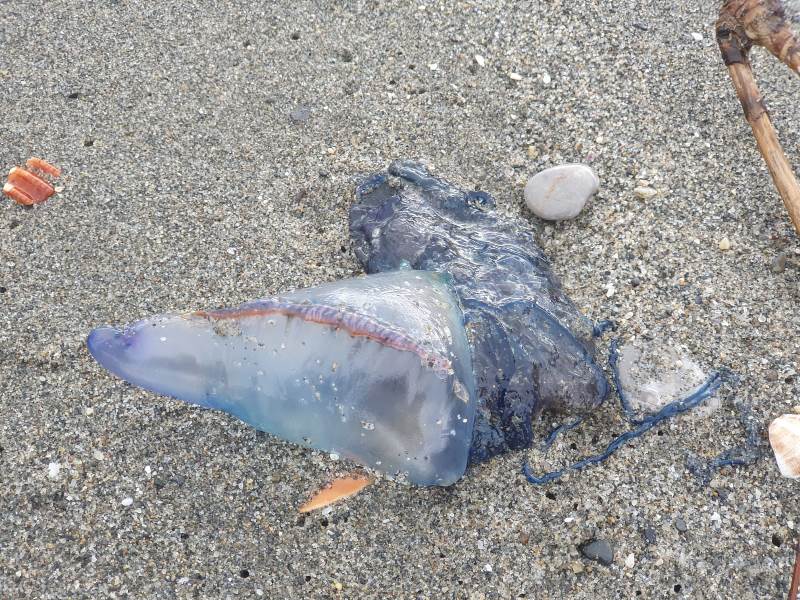 SITUATED as it is at the confluence of the Mediterranean Sea and Atlantic Ocean, Gibraltar has always relied on the sea for both commercial and recreational purposes.

Now as people become more environmentally alert, those on the Rock are taking significant action in order to try to keep both the water that surrounds them and their beaches as clean and unpolluted as possible.

Just one example of this is the Nautilus Project which was set up in 2016 with the goal of providing a superior learning experience of the Gibraltar marine environment and by improving awareness of environmental issues through learning at schools or in small private groups.

It is a commercial undertaking with charitable links and runs a number of programmes with the latest taking place on December 28 with the 51st Great Gibraltar Beach Clean which saw a number of volunteers arrive at Eastern Beach and in just over one hour, they collected 82 kilos of plastic refuse from the shore.

Another discovery on that same day was the appearance on the same beach of a number of Portuguese Man o’war (Physalia physalis) and they advise that these marine animals which look like small blue plastic bottles should not be picked up as they can sting even when dead.

Although not as dangerous there have also been sightings of hundreds of Mediterranean Jellyfish (velella velella) along the east coast. These are not actually jellyfish but are a colony of small marine animals known as hydrozoans.

Anyone walking on the beaches in Gibraltar at the moment is warned to keep an eye on young children and dogs to ensure their safety.