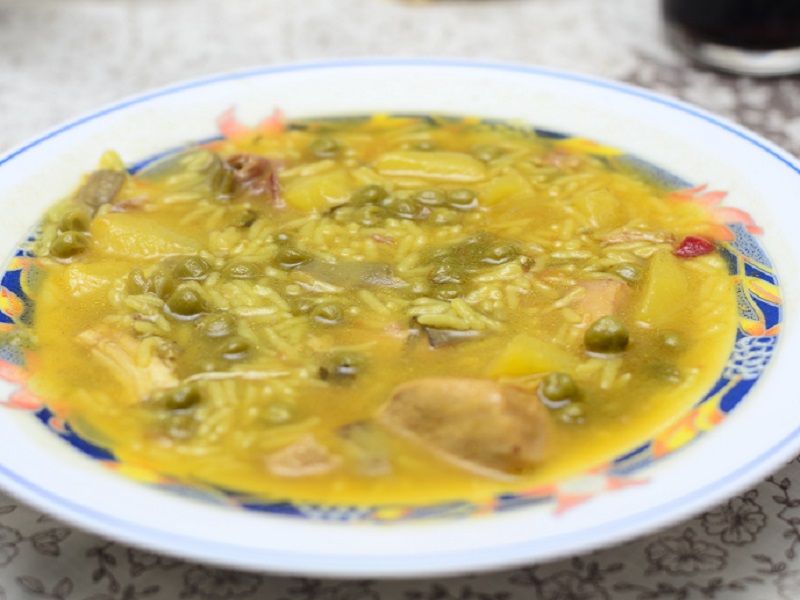 A REALLY traditional winter staple in Almeria, “gurullos” is the name given to bits of dough made from hard wheat flour, water, and a pinch of salt, and possibly olive oil and saffron, which form the basis of a number of so-called ‘spoon dishes’.

The origins of gurullos in this part of the world are thought to date back to the period of the Moors, and is a good example of how in a subsistence economy very simple ingredients can be transformed into one dish packed with flavour and different nutrients, and which can be eaten with just a spoon.

The home-made version requires time and patience. After making a manageable consistency dough and leaving it to stand for half an hour or so, each gurullo has to be made by hand by picking up a little ball of the mass and fashioning it rather like plasticine between the fingers until it resembles an elongated grain of rice in size and shape. They are then laid on a tray, covered with a cloth and left to dry for 24 hours, or after about an hour they are added to a stew or broth.

Gurullos are often combined with game in the north of the province, especially rabbit, or cuttlefish or octopus in coastal areas; over the border in Murcia snails are another typical combination with gurullos. Vegetables like onion, tomato and beans may well be thrown in, along with herbs and garlic. Some gurullos stew recipes feature chick peas or potatoes to make them extra filling.

Although gurullos are associated with the humble lifestyle of a bygone age, the recipe for each family’s particular version of a dish passed on down the generations, they remain a feature of menus of some of the province’s most prestigious eateries.