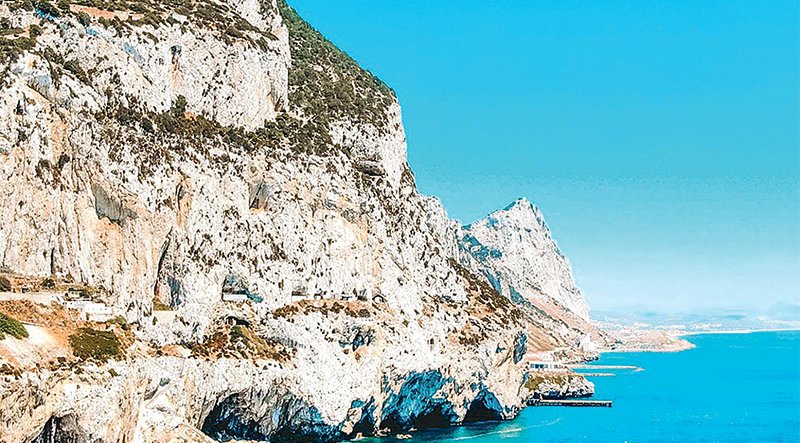 RECENT research showing that Neanderthals came to spend the summer on the south coast of the Iberian peninsula puts a new gloss on package holidays in the sun.

Thirty thousand years ago, when Europe was going through an icy period and snow covered practically everything north of the River Ebro, hominoids searched for somewhere warmer to give them a greater chance of survival.

We now know that Neanderthals ‘holidayed’ in what is today the south of Portugal and Spain after their most recent footprints were found in a quarry in Gibraltar.

So, first Neanderthals, then the Romans. And with all the Roman ruins – villas, roads, marketplaces – now being unearthed here in Spain, you’d be forgiven for thinking the Romans were the earliest tourists! After all, you can just imagine them, can’t you?

Hurtling along the carreteras to the nearest encampment in their horse-drawn chariots. Holding up traffic at the roundabouts. Counting out their silver denarii coins in the markets. Overseeing another luxury villa reforma.

And before heading over the Alps into Italy, Hannibal started out in Spain when he arrived from Carthage with his lines of nose-to-tail elephants. So is all the TAIL-gating you occasionally observe among local drivers, yet one more vestige of those bygone days?

Give a final thought, though, to Strabo, an extremely unlucky general who not only suffered miserable defeats, but died of the plague during one disastrous campaign. Just as he was about to expire, lightning struck his tent and burned it to the ground. So, not a happy camper either.

‘The Romans gave us aqueducts, sanitation, roads, public baths and wine. Yeah, but what else did they do for us?2 I hear you ask.

Well, Italians invented coffee culture. No, they weren’t the first to harvest or brew the beans. But they were the first in Europe to open a coffee house (in 1629), to invent the espresso machine (1884) and develop the macchinetta (the stovetop percolator first produced by Bialetti, still the leading creator of the moka, in 1933).

‘OK. But what about Neanderthals, what did they do for us?’