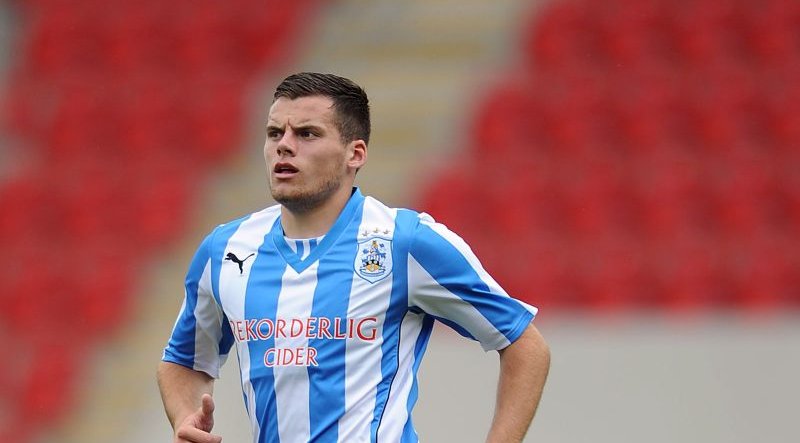 25-year old footballer Jordan Sinnot, who had just started his career at Huddersfield Town, England has died after being attacked during a night out, police have confirmed.

Sinnott’s club, Matlock Town, said he had been put on a life support machine. He sustained a fractured skull and died in hospital shortly before 6pm Saturday.

Mr Sinnot, son of football manager and former player Lee Sinnott, was found unconscious in Redford, Nottinghamshire, at about 02:00 GMT.

Police have launched a murder investigation after it was reported that there were a group of “eight men and women” involved.

A 27-year-old man has been arrested and remains in police custody, he has been questioned on suspicion of causing grievous bodily harm.

Officers initially responded to reports of a disturbance in Grove Street shortly after 11.25pm on Friday, but were called a couple of hours later to assist ambulance crew, who were trying to treat Jordan Sinnot following another “large-scale disturbance”.

Chief executive of the club, Keith Brown, issued a statement after he died, which said: “family and friends were with him at his bedside and we send our sincere condolences to them all at this very sad time”.

Detective Inspector Justine Wilson announced an appeal: “to anyone who was in Redford town centre late Friday night and in the early hours of Saturday morning to come forward.”

“The incident happened at a very busy time and we believe there are still a number of witnesses who have still not yet come forward who may hold vital information about how a young man came to lose his life so tragically”.

On Saturday, Matlock Town, who play for Northern Premier League agreed to postpone their match against Mickleover Sports to a future date.

Sinnot had joined Matlock on loan from National League North side Alfreton Town, who issued a statement in which they described the player as a “model footballer and an exceptional talent”.

Sinnot, from Bradford, started his career as a youth player at Huddersfield Town, for whom he made five appearances between 2013 and 2014, before joining Altrincham.

He later went on to join League Two Chesterfield for the 2017-18 season.

Earlier this month he scored a first hat-trick of his career during a game against Basford United.