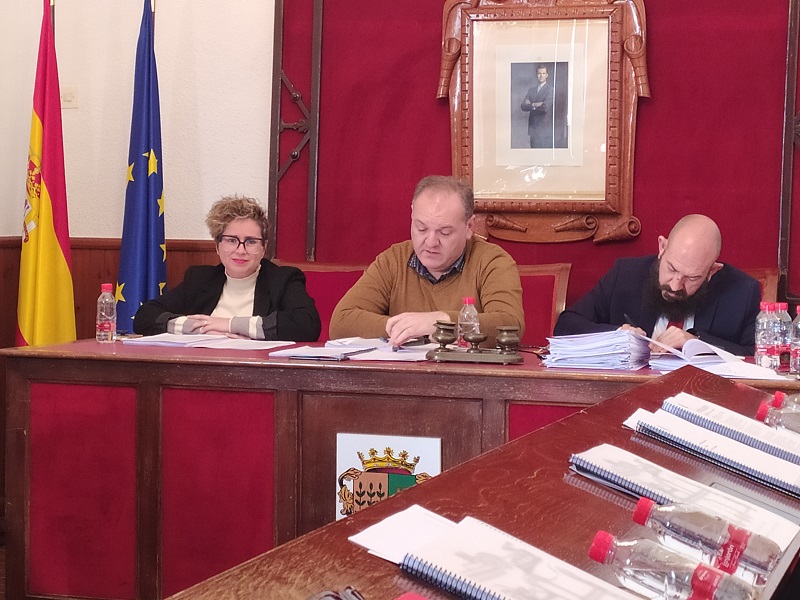 CUEVAS del Almanzora has approved the 2020 municipal budget, which Finance councillor Maribel Alarcon said is aimed at improving residents’ lives.
The budget puts income for the year at €11.2 million and expenses at €10.8 million.
The council said the spending plans therefore meant a €400,000 surplus, and said the budget complied with the parameters for the local administration of stability, financial sustainability, spending rules, efficient allocation of resources and transparency.
The council also referred to the “shadow of the Monsora case sentence”, which means the local authority will have to meet the €12 million plus interest cost of the compensation with a bank loan.
This refers to the award of a works licence for a residential development, which the Junta de Andalucia annulled when the properties were half built.
Explaining details of the budget, the Finance councillor said the numbers were “adapted to the social reality of the municipality, remaining faithful to the financial reality of the council and its limitations.”
The objective, Alarcon said, is to “improve residents’ lives as a whole and in all areas.”
In all €2.5 million will go on daily expenses and services, which include maintenance and social, cultural, tourist and equality programmes and initiatives for local trade.
The councillor specifically highlighted a section for improving accessibility to the Town Hall for people with reduced mobility.
A further €1.2 million has been allocated to investments in important projects in Cuevas town and in outlying areas like improving road surfaces, public lighting, schools, the market and sports facilities.
Some of this year’s budget is for projects already underway, among them the restauration of the Maques de Los Velez castle, which includes moving the Local Police station to a new location.
Among the other important initiatives are the construction of cycle lanes to connect the whole municipality, the reform of the archaeological museum, and creating a new hiking route named after archaeologist and illustrator Luis Siret, which is being 70 per cent funded by the Junta de Andalucia.
“The investments which will be made in Cuevas this year are not only found featured in the investment section, but are added to the fruit of the work of other years to achieve projects, which shows once again the effort of this government team to make Cuevas del Almanzora a town of reference in the area and in the province”, Alarcon affirmed.
She underlined the importance of making the most of assistance and subsidies from other public administrations to ensure the limits of the council budget do not stifle the municipality’s capacity for growth and to meet the new challenges which arise from advances in society.
She referred specifically to projects like new schools in Las Herrerias and Burjulo, the enlargement of the Palomares school, the Jaroso institute and the health centre, the excavation of the Phoenician necropolis in Villaricos and improvements in municipal communications.