Spread joy not the virus: Costa Blanca businesswoman Jody and her family prove where there's a will there's a way to help Spain's needy 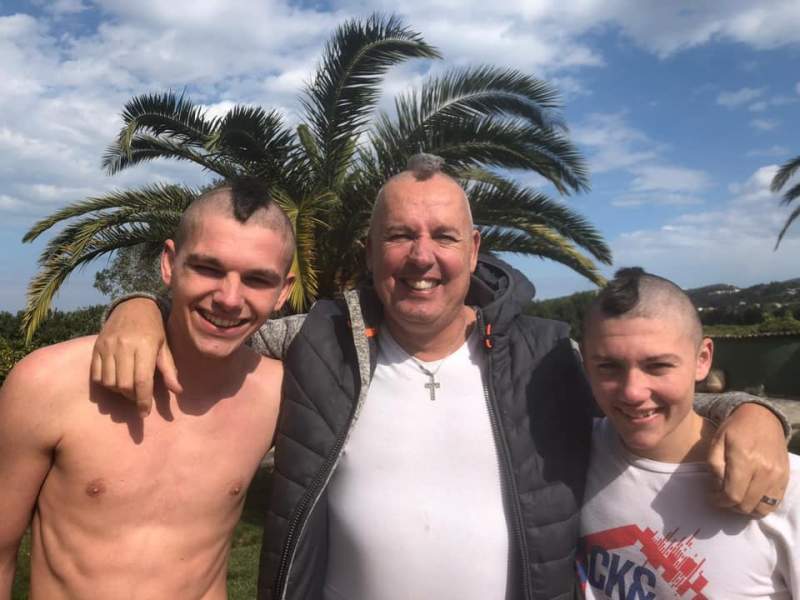 WHERE there’s a will there’s a way, and Jody and Franco of Oceana Club in Benissa on the Costa Blanca, have found a hair raising way to help those in need during the nationwide ‘State of Alarm’ lockdown.
And the support from the local community as been incredible.


Jody, founder of Grant A Wish charity, this week organised 25 food and hygiene packages which will be distributed to those supported by Red Cross.
But determined to do more, Jody, Franco, and her teenage sons Max and Ted, organised a sponsored head shave which has raised almost €600 in less 24 hours.
Jody told Euro Weekly News: “I got in touch with Red Cross this week because I know they are under pressure at the moment helping people confined to their homes, elderly who can’t get out to do their shopping and low income families, and I asked them how I could help.”
Red Cross was delighted at the offer and asked if Jody could prepare emergency boxes of hygiene products and basic food essentials for the 25 people and families on their books.
“We went straight to a local cash and carry and asked them to prepare the boxes, which we paid for and they delivered to Red Cross.
“Later we were all at home talking, and obviously at the moment people can’t go out to get their hair cut, so we decided to do a charity head shave.”
Franco, Max, 18, and Ted, 16, jumped at the chance and Jody got her clippers out, while Franco got busy posting the appeal on Facebook. Immediately, donations poured in.

“We’ve been really surprised by the response, especially during this unexpected and really challenging time, that has affected every home, family and business. Literally everybody is affected and I think that is why everyone is coming together.
“Where there’s a will there’s a way, and this is a way of utilising our time, having some fun and helping others. We just want to make a difference.”
Jody is over the moon to be able to use the €600 to cover the cost of a further 25 boxes, which will offer relief next week. But with nobody knowing exactly how long the ‘State of Alarm’ will last, Jody and Franco want to keep the appeal open to continue providing emergency boxes, and you can help by making a donation at:
PayPal [email protected] #spreadjoynotthevirus or directly to Red Cross.
“People are still being so generous, one donor said they would give an extra €50 if Franco had a Mohican for a week, which I’ll make sure he does,” laughed Jody.
And helping others certainly appears to a family affair, with Jody’s mum Joan, a Help of Denia volunteer, spending her days in lockdown making nose and mouth masks, having sewn 60 in just three days.
To find out more about Grant A Wish, visit: www.wegrantawish.com