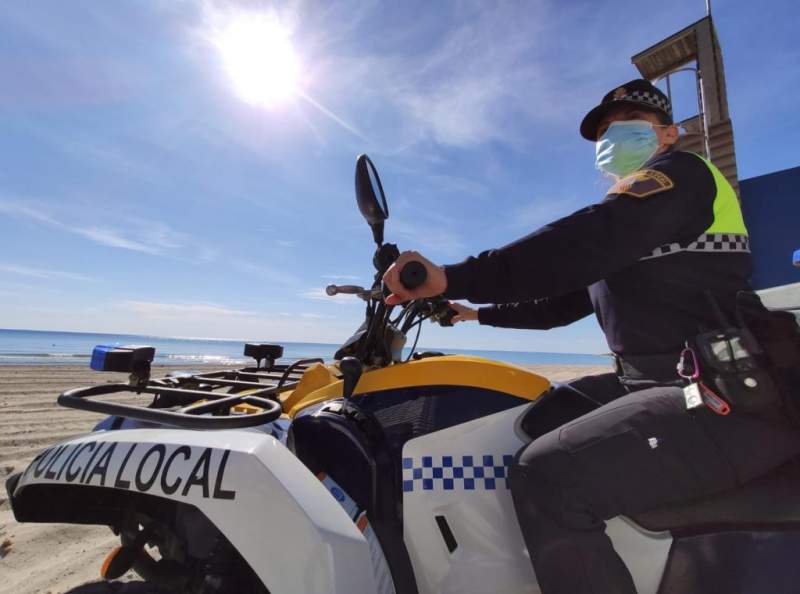 LURE OF THE SEA: Swimmers and surfers among those flouting the rules in Alicante. CREDIT: Ayuntamiento de Alicante

Thousands of people took their first walks along the coastline of Alicante Province this morning, after 48 days in confinement, with surfers and swimmers among a minority flouting rules outlined by the Spanish Government.

AS part of the country’s de-escalation measures, which are being phased in gradually, adults and the elderly are allowed to take walks and do individual sport within restricted hours.
And this morning, police revealed surfers, swimmers and volleyball players made up the majority of those fined before 10am, despite the fact the beaches and parks remain closed.
“This is also despite insisting you have to avoid meeting with other people and that sport must be done individually,” said the City Council, adding: “It is very important to keep your distance, follow all instructions and respect the schedules established for each age group.” 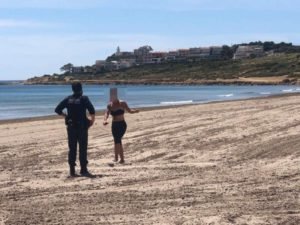 Security Councillor, José Ramón González appealed to the public to abide by the rules. He said: “It is fundamental to follow all the measures of prevention, and not to forget that we continue in confinement and we must fulfil the norms established in State of Alarm.  Deaths and contagions continue, and we have to be very conscious of it and to act with social responsibility to avoid backward steps.”
He reminded that the closure of the beaches means not only a ban on bathing, but also on accessing and walking along the sand.
“The facilities are out of use and furthermore, activities such as fishing and surfing in these areas are not allowed in these areas,” said González.
In the operation on May 1, police officers reported a total of 51 people for disobedience throughout the day, and fines were levied on those who were walking on the beach or practising volleyball, and groups and crowds were broken up on the slopes of Santa Bárbara Castle, and two house parties were held on Avenida de la Condomina and Aphrodite.
Yesterday afternoon, a national holiday in Spain, Alicante police issued a total of 39 fines, and 714 vehicles were stopped at fixed and mobile controls, and 740 people asked to justify their movements.
In addition, officers had to disperse numerous groups of people on gathering in the street across the city.
González thanked the Local Police for “the exceptional work they are doing every day to guarantee security, protecting the citizens of our city and thus helping win the battle of against Covid-19.”
“The return to normality will be possible if we all comply with social responsibility, the measures, schedules and rules established to avoid an increase in contagion,” he added.
Police in El Campello are urging “responsibility” having been one of the first forces to fine for using the beach today.
Officers in the town has recorded 250 separate State of Alarm violations in the last seven weeks.
A dozen of these have been for swimming in the sea, which is prohibited even though the beaches are now open in this town.
A council spokesperson said the Local Police of El Campello has “proposed to sanction 250 local residents for breaking the rules imposed after the State of Alarm was decreed in our country.
“Going into the sea to bathe or lie in the sun on the beach are activities that are prohibited even though the sands and coves are open to the public.”
Their use is limited to walks with children under 14 accompanied by an adult.