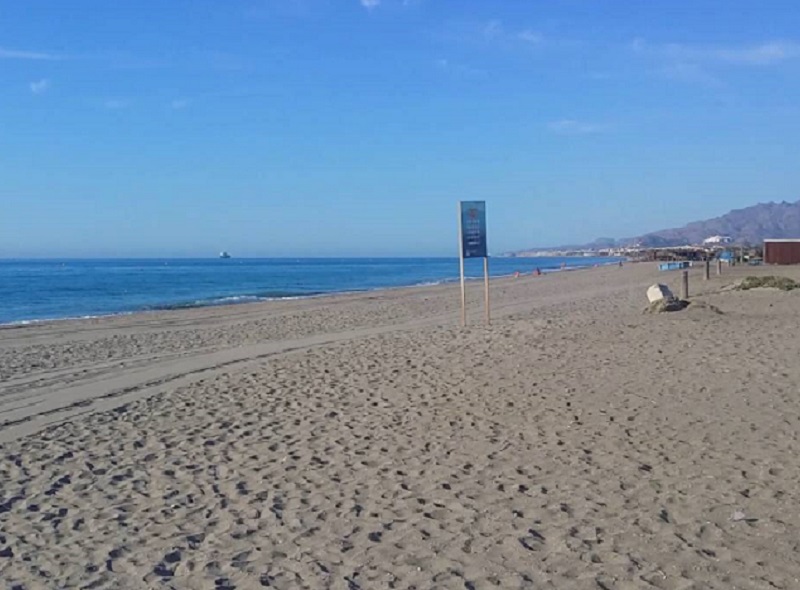 A TOTAL of 660 monitors will be keeping an eye on Almeria’s beaches this summer under an Andalucia government plan aimed at preventing the risk of coronavirus contagion.
Junta de Andalucia provincial delegate Maribel Sanchez Torregrosa explained the monitors’ job will be to help coastal municipalities in controlling maximum beach-goer numbers and the application of hygiene measures and safety.
The delegate also explained that the number of monitors allocated to each beach has depended on whether it is classified as isolated, semi-urban or urban.
On the first kind there will be one monitor for every 1,000 metres, one for every 500 metres on semi-urban and for every 200 metres on urban
This means that 126 monitors will be operating on Almeria city’s beaches, 114 in Roquetas de Mar and 102 in El Ejido. Adra will have 46, Balanegra 10 and Enix just four.
Going the other way from the provincial capital, there will be 38 on the beaches of Nijar, 36 in Carboneras, 80 in Mojacar, 14 in Garrucha, 44 in Vera Playa, 30 in Cuevas del Almanzora and 16 in Pulpi.
The Junta is giving the province more than €1 million overall for the ‘Plan de Empleo Playas Seguras 2020,’ which is being distributed among the 13 coastal municipalities according to three criteria: the length of the beaches, population and the distribution of participation in autonomous community taxes.
Sanchez Torregrosa told the local authorities that financial assistance is to be used for beach safety resources and that councils will be able to choose from a pick-up vehicle, a watch tower, a zodiac boat with a trailer, a 4×4 quad bike or a jet-ski, depending on the amount which corresponds to their municipality.
The Junta’s objective, the delegate commented, is to “strengthen tourism, a basic sector for Almeria, with resources for municipalities’ beaches which contribute safety and certainty for those who visit them.”