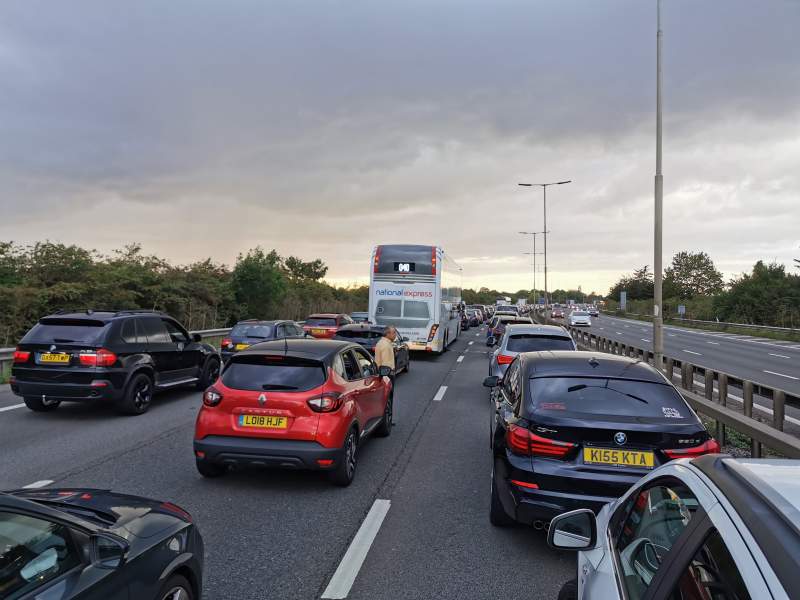 A man who had been queueing since 5.30am for the 10am opening of IKEA insisted it was a no-brainer.

“Last week we queued for three hours to get access to the council tip to chuck out all the junk and that we wanted rid of during lockdown,” he moaned. “And now we need to queue for another three hours to replace it with more junk and tat.”

Traffic jams and long queues built up, sometimes for hours, outside most of the UK’s recycling centres before they reopened for the first time since lockdown. This after news that fly-tipping had meanwhile quadrupled in some areas. People are creatures of habit even if that habit happens to be a combination of standing in a queue, IKEA and relentless heat. And with the recent reopening in England of non-essential shops, you have to wonder just how many of those in the winding queues at big stores and retail parks– a 40% increase in footfall– moaned as well.

But moaning about it all is just part of the habit. Sitting in your car on the M25 for five hours on a scorchingly hot Bank Holiday weekend going nowhere falls into the same category. You’d have imagined this confinement might have made those inclined to this sort of ritual reflect on things a bit. Unfortunately, that’s not the British way and very soon the UK will revert to being the over-polluted country that everybody insisted had to change. McDonald’s opened in some places too. The queues of cars stretched for miles, people desperate to get back to some kind of normality and for them the three golden arches are it, queues be damned.

Lockdown has different effects on different people. If the mantra of the past few weeks was Stay at Home, it’s now Have Fun Outside (but sensibly, please!). The new normal is looking more like the old normal every day. But it’s not all bad news. No queues reportedly in Castle Barnard for those keen to get out and test their eyesight…