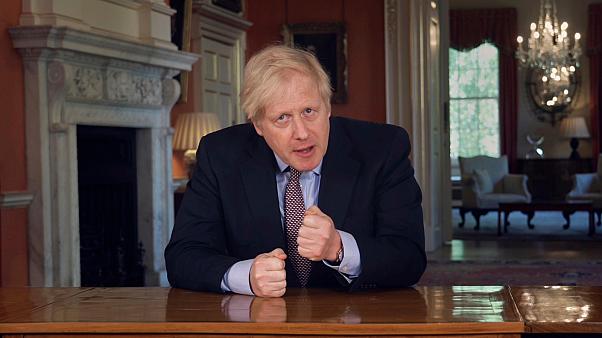 SO, Boris Johnson now wants to open up the cash floodgates (wherever they are) and launch the UK into a major infrastructure rebuilding programme. He wants to see cash spent on hospitals, schools, roads, railways – you name it he wants to spend on it.

What a eureka moment! Turn the clock back ten years and he was part of the very same political party which voted for a severe lockdown on the economy. Every single government department had to make severe savings to balance the books. The Tories embarked on a programme of austerity which hadn’t been seen for decades. Police, fire service, the NHS, education, prisons, local councils, care homes, everything was starved of cash. Essential services were stripped bare. Roads were not maintained properly, police found it difficult to undertake basic policing so that even quite serious crimes were not investigated any more.

Along came Corbyn and his merry band of left-wing Socialists who argued against this Tory austerity and pleaded with the government to spend more so as not to irreparably damage the country’s essential services. Those protestations fell on deaf ears in government circles. Austerity was here to stay, the cuts continued, social services departments in numerous councils were so cash strapped the staff remaining couldn’t function properly. Nor could probation services who often lost contact with the criminals they were supposed to be watching. Staffing in prisons was reduced to dangerous levels.

Then came the general election and Corbyn launched his big-spending programme. It was almost a carbon copy of the big-spending programme which Boris and co. now wants to embark on. But the Tory government went into overdrive to persuade the British public that Corbyn’s wild Socialism was utterly mad. No doubt the message had Cummings’ stamp all over it.

With the Tories successfully brainwashing the British public that Corbyn was mad and constantly repeating that tired slogan Get Brexit Done, the hoodwinked Brits rushed to the polls and gave the Tories a thumping 80-seat majority.

Hasn’t been a bundle of fun since, has it? Yes, the Tories didn’t know coronavirus was around the corner, but they should have seen it spreading out of China and should have had a blanket isolation policy way back in February ordering anyone returning from anywhere in the world to isolate for 14 days in exactly the same way as they ordered in early June when the virus in Britain was the worst in Europe. Crass or hypocritical or what??

They could have started ordering more protective equipment for NHS staff. They could have ensured that elderly people were not discharged into nursing homes which were unprepared to cope with virus victims.

I have no complaint with Boris’ plan to spend now on improving the country’s infrastructure – in fact, I applaud it. But unless the government sweep away many of the controls and restrictions, all that will happen is that every project will get bogged down with endless discussions, arguments, appeals and legal nonsense, and we’ll end up with very little actually being achieved. It will be another example of a load of talk and no action.

I can see it now – every project will attract public protest, marches and sit-ins with the “great British unwashed” using it as an excuse to cause as much trouble and unrest as possible.

And unless you stop decisions being challenged in the courts, those rich lawyers will get even richer with all the annoying legal arguments over everything.

So go for it Boris – be a good Socialist, do your U-turn and tell the army of nimbys in Britain where they can get off. Build for Britain!