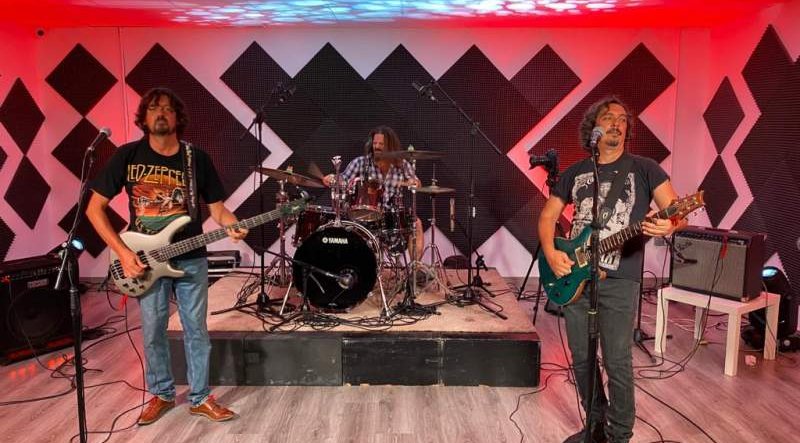 Big break: Free use of a recording studio to launch demos of local groups. Credit: Rincondevictoria.es

THE Municipal Youth Centre of the Rincón de la Victoria Town Hall becomes a pioneering facility by offering the free use of a recording studio to launch demos of local groups, according to the Councilor for the Youth Department, Antonio José Martín.

It is about “promoting the cultural creation of our groups by giving them the opportunity to record a demo in a professional studio through this initiative aimed at the 14 groups that currently use the centre’s rehearsal rooms,” says Martín. The demo, made up of four songs, “provides musicians with a business card that helps them promote their songs. For many it will be their first recording experience in a professional studio,” says the mayor.
The mayor of Rincón de la Victoria, Francisco Salado has highlighted “the interest of the initiative” whose main objective is to promote the musical work of our local groups, highlighting their themes through these promotional channels to launch into the music market ”.
The recording studio has the necessary equipment to record the first demo at no cost and with the assistance of a professional sound technician to make the recording. It has a mixing desk, studio monitors, microphones for drums, bass and guitar, and computers.
In the studio, up to 6 sessions per demo can be recorded, with 8 hours per session. Finally, in the studio, the copies are delivered, which can be around an average budget of around 1,800 euros in the current market.
“The essential requirement to access the CMJ recording studio is to carry out rehearsals at the Municipal Youth Centre,” says the mayor.
The Municipal Youth Centre has almost 500 square metres, six rehearsal rooms, a recording studio and a leisure room. It is located on the ground floor of the Rubén Ruzafa Sports Pavilion in Torre de Benagalbón.
As an initiative to support local groups, the Youth Department of Rincon de la Victoria is holding a schedule of concerts via streaming during the summer with concerts via streaming that can be followed through the YouTube channel: www.youtube.com/user/aytorinconvictoriatv