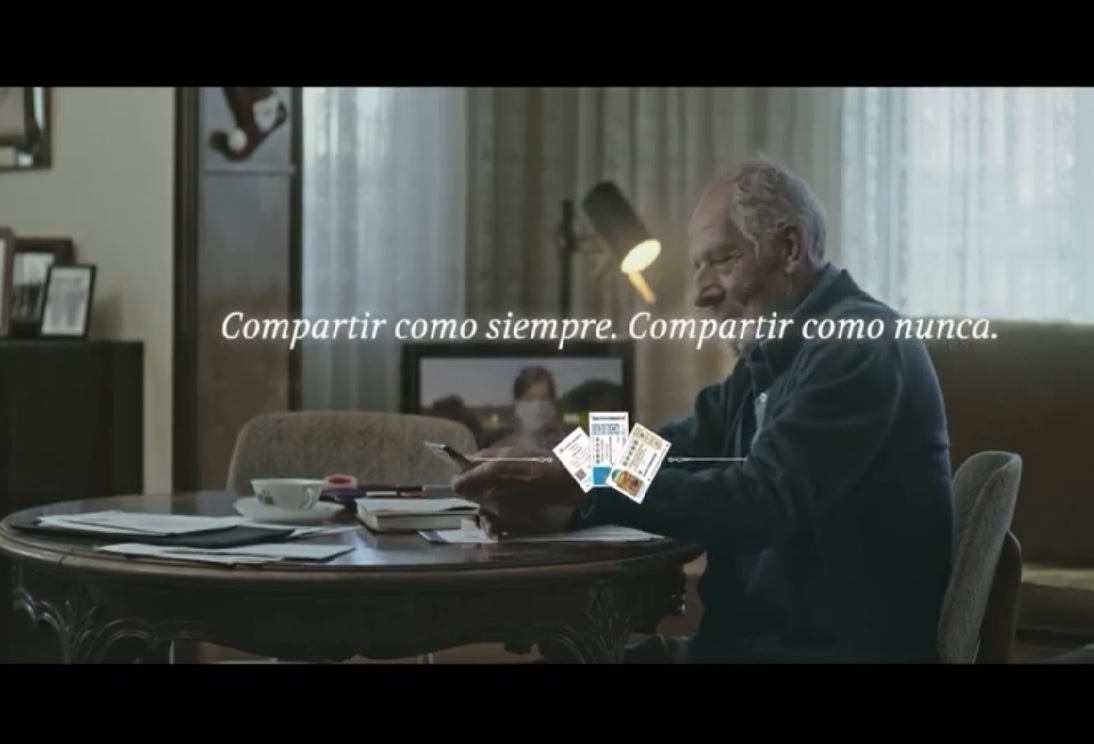 This year's campaign has been released.

THE 2020 Christmas Lottery campaign was released today, Thursday, November 12, with references to the pandemic that has marked 2020.

The advertising campaign, with the slogan “share as always, share as never before”, has been put together, for the third year running, by Contrapunto BBDO.
It takes viewers back in time to see the history of the Christmas lottery, which is hugely popular in Spain and nicknamed ‘El Gordo’ (The Fat One), due to the large prizes.
This year, prize money will amount to a total of 2.4 billion euros. The first prize is €4 million for anyone holding the whole series, and €400,000 for holders of a single ticket (decimo).
The President of Loterias y Apuestas del Estado (State Lotteries and Bets), Jesus Huerta Almendro, presented the campaign, much awaited and discussed every year, at the Real Casa de la Moneda (Spanish Royal Mint), in Madrid.
The campaign, which includes several variations of the advertisement, also takes a look at the history of Spanish society and includes personal stories which end up with the current situation due to the Coronavirus pandemic. It can be seen here.
It shows families who haven’t seen each other for some time, friends and colleagues who won’t be able to get together for Christmas, or neighbours who aren’t allowed to get close to each other. In that context, the lottery is said to “bring us together” and Huerta said that it is “part of our Christmas” referring to it as “a tradition which brings us hope in difficult times”.
He also appealed to the public to show even more solidarity than ever before.
How the actual process of picking the lottery numbers will go ahead this year is still unclear, as it will depend on health restrictions in place on December 22.
Huerta explained that it is planned to be held in the Royal Theatre with the children from the San Ildefonso School calling the numbers as they have traditionally done.
Safety measures will be put in place to keep everyone involved in the process safe.
Millions of people in Spain take part in the lottery, which is broadcast live on TV, buying or sharing tickets. A single ticket (a tenth of a series) costs €20.

Thank you for taking the time to read this news article “Christmas lottery campaign released”. For more UK daily news, Spanish daily news and Global news stories, visit the Euro Weekly News home page.
Euro Weekly News is delighted to continue to be able to bring you a range of News from around Spain in English and Global News live as it happens.
Euro Weekly News doesn’t cost you anything but your internet connection. Whether it’s bringing you the local Spanish news or the International news today, we’ve got you covered!
Euro Weekly News, the leading free local and national newspaper in Spain, the people’s paper, we lead others follow!