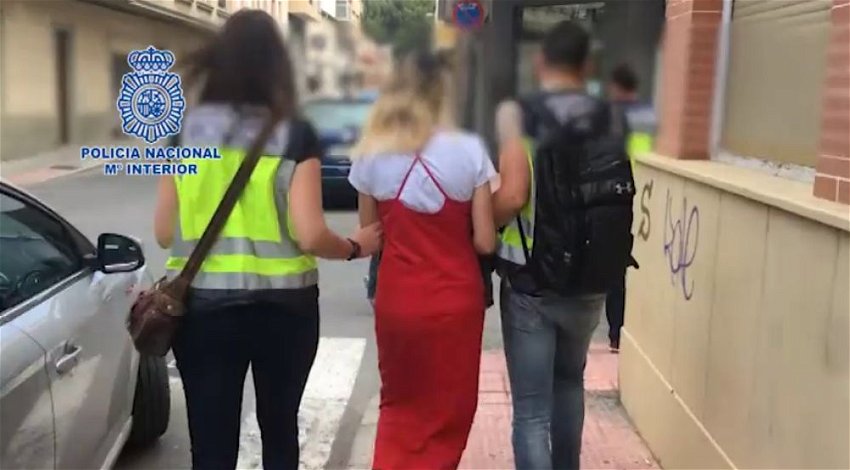 The woman was arrested by National Police.

A WOMAN, 33, has been found guilty of murdering of her partner’s foster son in Elda in August 2017.
The people’s jury unanimously found her guilty of repeatedly strangling eight-year-old Dominique from behind and then pretended that the home had been entered and the boy had been sexually assaulted.
At the trial held in Alicante court, the jury rejected the fact that she had acted out of panic and fear of losing her partner, her two-year-old son and the child with which she was pregnant at the time.
She admitted in court that her story about an attempted robbery and abuse by intruders who killed the child, was entirely fabricated. Her story delayed the investigation by almost a year until National Police discovered the truth.
She said instead, that he had choked on a piece of ham that she had given him before she went in the shower, while her partner had gone out to practice sport.
However, the jury considered it proved that she deliberately strangled him from behind with a t-shirt out of jealousy. Nobody had ever imagined that the woman harboured such feelings towards the child although it was later discovered that she had been sending messages to her partner to try to convince him that being a foster parent was not what he wanted.
She had also sent messages to her own mother saying that the boy was “in the way” and didn’t do what she told him.
Being deaf, the verdict was read to her via a courtroom monitor by transcribing it to sign language in real time. She left the courtroom in tears, after embracing her mother, and will not be eligible for a pardon.
Dominique´s foster mother, who was separated from the foster father at the time of the murder, has thanked the justice system for giving her son a voice and doing justice.
The boy, who was epileptic and autistic, only spent weekends with his foster father, but was reportedly well looked after by both foster parents.
In the next few days, the court will hand down a sentence. The prosecution is asking for life in prison.
Thank you for taking the time to read this news article “Woman found guilty of murdering partner’s foster son”. For more UK daily news, Spanish daily news and Global news stories, visit the Euro Weekly News home page.