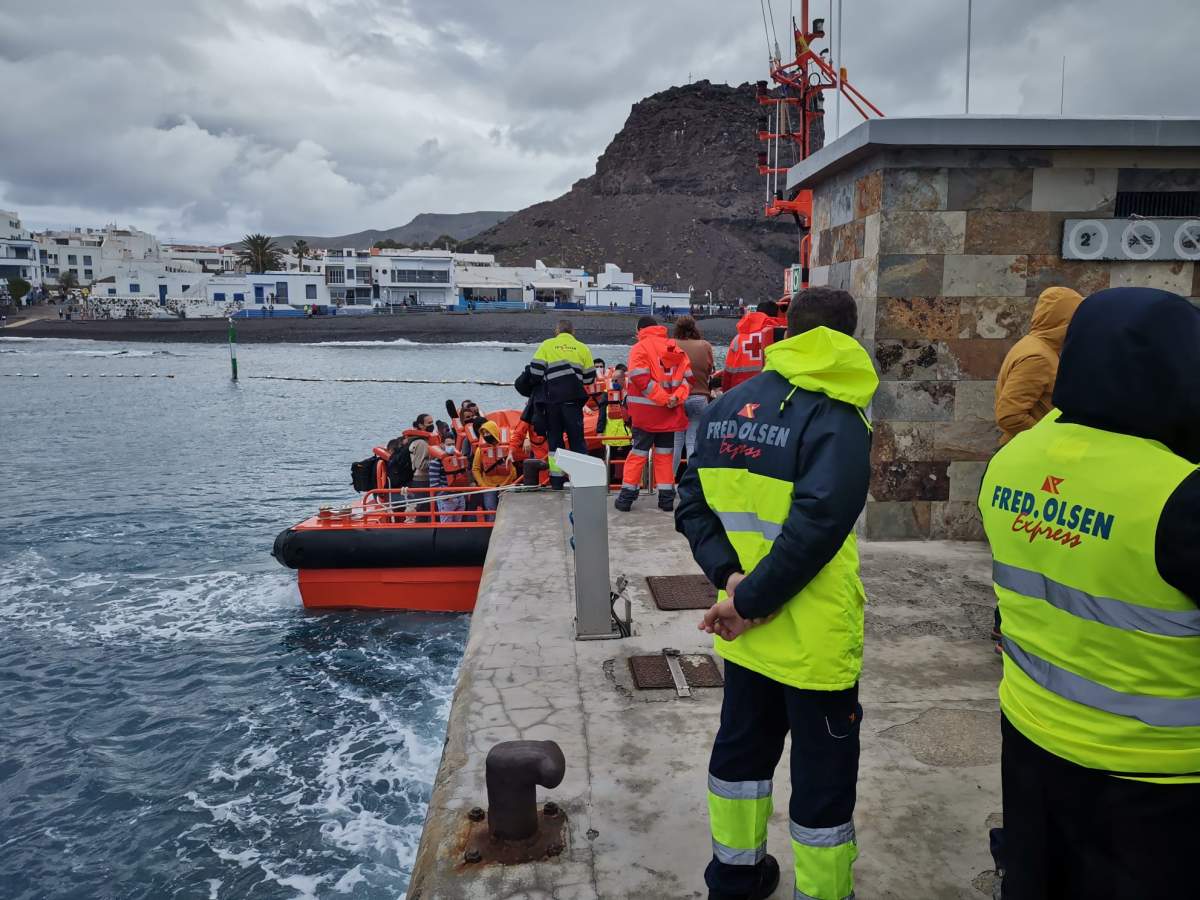 A RESCUE operation to disembark 74 people on a ferry which got stranded due to Storm Filomena in Gran Canaria when it was attempting to dock has now concluded successfully.

The 112 emergency services alerted last night, January 7, that the Bentago Express, a high-speed ferry that covers the regular line between Gran Canaria and Tenerife ran aground last night in the port of Agaete, Gran Canaria.

Despite several attempts to safely disembark the 57 passengers and 17 crew members, the operation could not be completed, and was resumed again in the early hours of this morning, Friday, January 8. However, the complicated manoeuvre took all morning. They have now all been taken to Agaete Port and are being checked over by the Red Cross.

With the support of tugboats, an operation was carried out to disembark the passengers from the Fred Olsen Express company’s ferry. It was secured and brought closer to the dock, with the help of first three fishing boats and then another three Maritime Salvage boats, the Miguel de Cervantes, Guardamar Polimnia and Salvamar Nunki.

In a statement, the shipping company explained that the incident that the Bentago Express suffered during the approach to the dock was due to “severe weather conditions”, specifically the strong southwest wind blowing in that area of ​​Gran Canaria.

All the people on board the ferry have been “well and informed at all times,” says 112.

At around 9am, the 112 Emergency services in the Canary Islands reported that because of the low tide, the manoeuvre to disembark the passengers and crew had not been possible and that it would be carried out at high tide.

The company has thanked fishermen, volunteers and teams from the Coast Guard, Fire Department and Red Cross, as well as the crew and press in the area. They said a special thanks to passengers for their patience, and to the captain and crew for their “exemplary actions”.