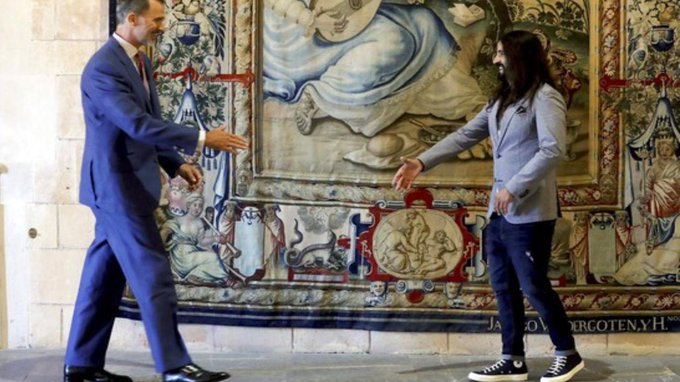 Controversial former president of the Autonomous Parliament of the Balearic Islands, Baltasar Picornell, has revealed that he is struggling to find work during the coronavirus pandemic and is currently on the hunt for a job as a carpenter. Mr Picornell, who once made the headlines by turning up to an audience with King Felipe VI in his trainers, confided to OKDIARIO that “the Covid-19 crisis has taken its toll.”

Claiming that he is now “an ordinary citizen looking for another company,” the former politician complained about the unfair fact “that a voice is given to me and not to the thousands of citizens who do not even have a minimum vital income.”

Mr Picornell took to social media a explain that he had been a metal worker long before he became a politician; after working for the parliament he felt it natural to return to his roots, and has criticised the media for paying so much attention to him doing something “normal” and ignoring people who are suffering so much more due to the pandemic.

“Now, they are surprised that I go back to the same job. When ‘normal’ makes the news, it is when you see the caste and the political system that governs us,” he said on social media.

“The thousands of people who, at this point, are in a worse situation than me, even without any minimum income to live, are the ones who need the most help. They need to speed up the processes through the administrations to be able to access resources, there is news,” he added.

“I honestly know that I am going to get out of this and I wish this media frenzy hadn’t been mounted by doing something ‘normal’ such as looking for a new job.”