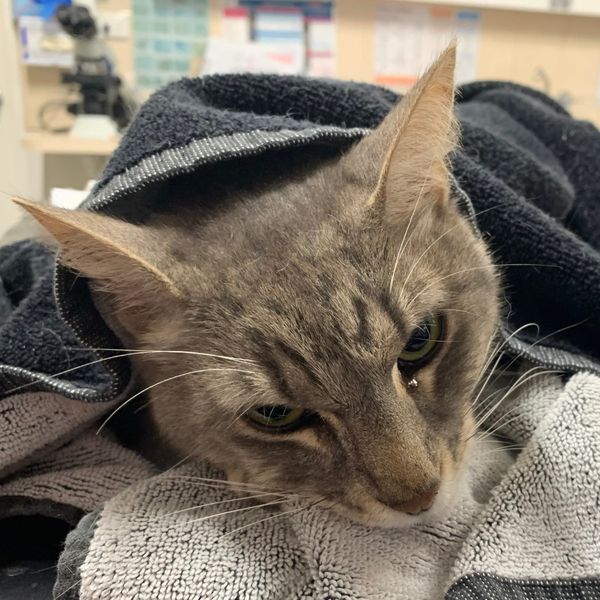 FOUR-LEGGED hero Arthur was playing in the garden in Australia with his family, following two young children around when danger slithered right up to the kids.

An Eastern Brown Snake, one of the country’s top 10 highly venomous snakes, had entered the backyard in Tanawha right where the children were playing.

Arthur jumped into action protecting his young family by killing the snake.

Unfortunately, in the process, the shorthaired cat received a fatal envenomation snake bite.

In the chaos of getting the children out of the yard, no-one saw the actual bite, but Arthur collapsed and quickly recovered like nothing was wrong not long after.

“Collapse events like this is a common symptom of snake bites, although not a well-known symptom amongst pet owners,” said the Animal Emergency Service Tanawha (AEST).

The next morning Arthur collapsed again and was unable to get up.

He was rushed to the animal service’s hospital, but unfortunately, Arthur’s symptoms were too severe to recover.

“It was with the heaviest of hearts his owners had to leave Arthur after he gained his angel wings, said AEST, adding: “His family, understandably devastated, remember him fondly and are forever grateful he saved the children’s lives.

“Arthur was always getting into mischief; he had previously visited us before having been in accidents and was very much loved by our team. Rest in peace Arthur, our little hero.”