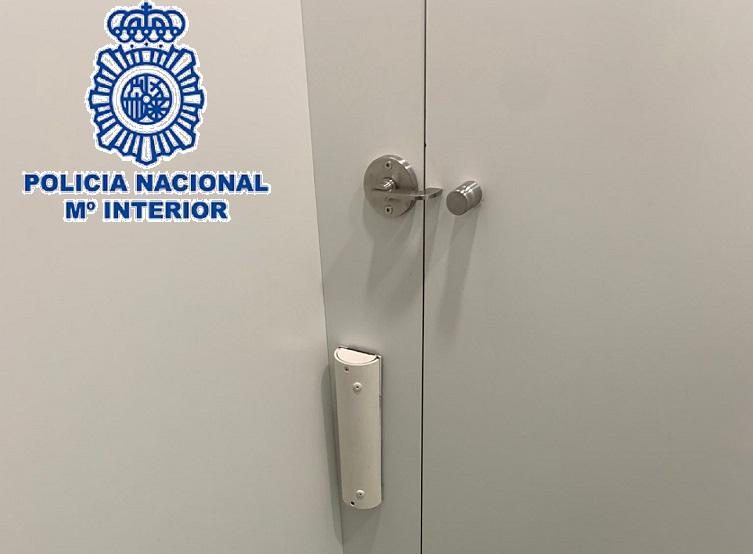 The devices were made to look like air fresheners

A MAN and his niece have been arrested in Malaga for recording images of women with hidden cameras in public toilets.

The National Police report that the cameras were hidden inside devices which appeared to be air fresheners by a man and woman who have been charged with a crime against privacy.
More than 71,000 videos have been seized, of which 1,187 are of the male detainee having sex with various women.
The investigation began on January 17, when the manager of a shopping centre in Malaga city, informed National Police that he had found some strange devices installed in the women’s toilets, and he didn’t know where they came from.
When they were found they were empty, and police began to investigate who had put them there and why. Within days, they found recording systems, with a motion detector, power supply battery and micro SD card, inside five of the devices.
When they studied the images, police observed the clothing of the woman who, without arousing suspicions by accessing the women’s toilets, installed the devices in the toilets. She was eventually identified and the man, her uncle, who accompanied her to the shopping centre, was identified later.
The images seized were classified into categories according to the physical appearance of the women in them. They had been obtained in toilets on premises not only in Malaga city but also in other towns. It is not yet known if the videos in which the detainee was having sex with women were recorded with their consent.
Also among the images seized, there are 120 child pornography videos and 2,300 photos of children which the man stored with the alleged intention on publishing them online to earn money.
The investigation remains open pending the analysis of the huge number of files seized in the operation which will be carried out by police specialising in such matters.
Police also continue to try to identify and locate victims and have not ruled out that other people may have been involved in the crime.