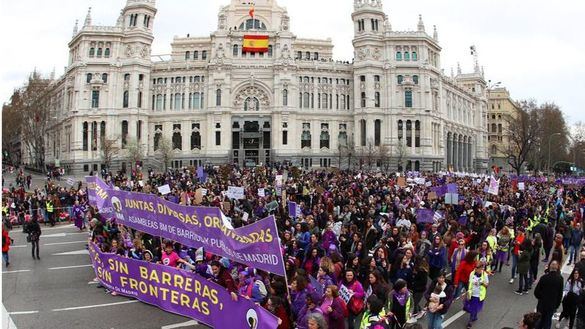 The 8M Commission is awaiting the go-ahead from the government for its International Women’s Day demonstrations in March.

THE working group that organises the peaceful demos annually to mark International Women’s Day is seeking approval for this year’s events, but changes in light of the pandemic, reports Europa Press.

This year the demonstration will be held with additional security measures to avoid mass gatherings of people, assures 8M Commission, provided they get the green light from the government.

The organisers explained that they intend to “take to the streets” with actions in different locations so that people do not concentrate massively, “and in this way diversify the people”.

The association also wants to focus on transsexual people following the approval of the Trans Law, promoted by Irene Montero’s Ministry of Equality.

Despite the fact that this law has “generated doubts among the government”, the 8M Commission has made it clear that “any organisation that attacks the rights of trans people will not take part in the feminist march”.

There have been concerns that the demonstrations will “facilitate a great place of contagion due to the massive gathering of people last year”.

While the Minister for Equality, Irene Montero, was positive days after holding the march in 2020, she stressed that this year “it is intended to be held in a safer way”.