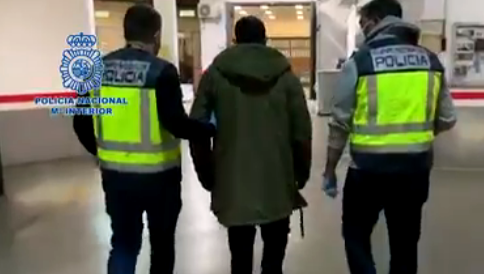 MORE details have emerged after a Malaga girl was beaten up by her ex-boyfriend.

The details emerged after the girl was allegedly beaten up by her boyfriend in Malaga.
The man who reportedly helped the girl after she was beaten up has spoken to one publication, telling them more about the incident.
The 56-year-old man said he saw the bloodied girl running down the road, before asking him, “can you please help me?  My boyfriend beat me up.”
He says he saw the 16-year-old girl in the gutter, saying, “she was dripping blood, her face was completely bloody.”
He said he drove the girl to the Local Police station before the girl was transferred to hospital.
Police later spent several days trying to find the 26-year-old ex-boyfriend who allegedly beat her up.
Officers from the police had been looking for the 26-year-old man after he was accused of beating up his 16-year-old girlfriend in Malaga before finding him several days later and arresting him.
The man had been wanted since he allegedly battered his girlfriend, leaving her lying in a ditch, after she ended their four-month relationship.
According to police, the incident took place after the suspect saw the victim with a group of her friends in the La Pelusa area of Malaga and began to insult and threaten her.
He then reportedly took the girl’s mobile phone from her and walked away, before she followed him to try to get it back.
The man is said to have then beat her up in a tunnel in the El Palo area, even breaking a tree branch over the girl’s head, before eventually leaving her badly injured in a ditch.
It emerged the Malaga man had a previous record for injuring another woman.
According to police, the man was sentenced to community service last year after being convicted of slapping another girlfriend.