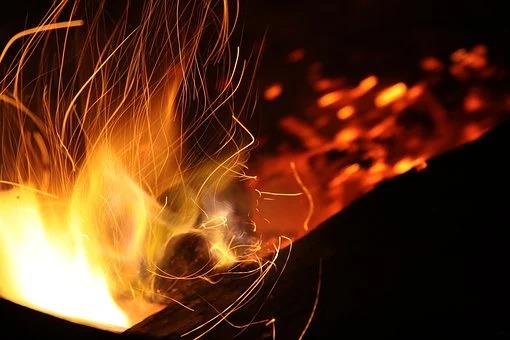 RETIRED MET POLICE CHIEF dies after setting his car alight while still inside it.

In a shocking blaze a retired police chief from the Met has died after setting his car on fire, while he was still inside it. Reportedly he set the car on fire outside his £1 million mansion.

Edwin Williams was a former-Met Police Detective Superintendent and was aged in his 70s. Edwin had lived alone for several years after splitting with his wife. He had been involved in a series of disputes with local neighbours and villagers after moving into a grade 2 listed house in Cavendish near Sudbury, Suffolk in 2004.

Edwin had made repeated complaints about the bells of the local church claiming that they blighted his “comfort and amenity”.

Shockingly it was only discovered that he was inside the blazing car after firefighters were able to extinguish the blaze. They then discovered the body in the driver seat. It is believed that he drove his car in front of his neighbour’s house and then while still inside the car set it alight.

Local villagers said, ‘He was always falling out with people and was not a very popular man.

‘He had various legal disputes with different neighbours over the years. He would complain about things like problems with drains and guttering causing damp in his house.

‘I think in the past, he had some sort of restraining order put on him to stop him harassing one neighbour.

‘But his biggest issue was with the church bells. Most people in the village love the sound of the bells, but he would repeatedly moan about them.

‘He tried to get a petition started about the bells and would go and hammer on the doors of the church warden and the vicar to complain about them.

‘He normally parks on his own driveway at the side of his house behind a set of gates, but it seems he started the fire after parking deliberately beside his neighbour’s cars.

‘His neighbours are lovely people and did not deserve this aggravation.’

Another local spoke about the blaze and explained that, ‘I heard the most enormous bang first thing in the morning and looked out to see this car on fire with flames shooting in the air.

‘There was absolutely nothing that anyone could do. Nobody could get near and people only realised that there was a body in the car when the firefighters arrived and dealt with the fire.

‘He must have had something in the car to cause such a fierce fire and a big explosion.’

Police announced that sadly Edwin died at the scene of the incident.