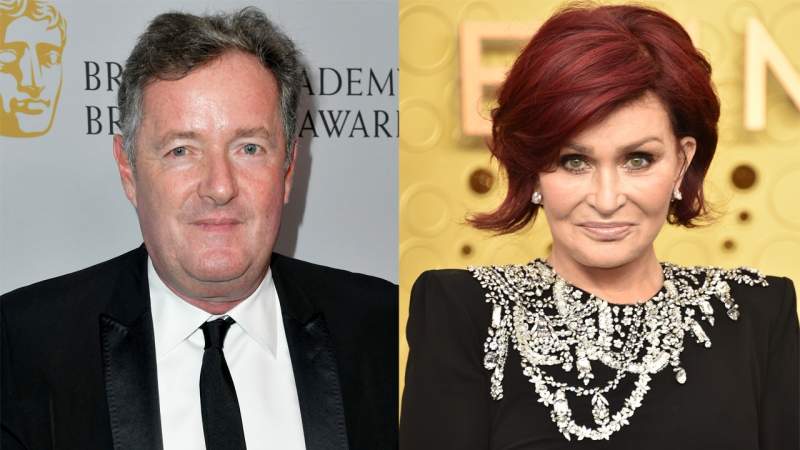 Sharon Osbourne To Sue CBS After Being Removed From 'The Talk'. CREDIT: Twitter

A TEARFUL Sharon Osbourne stood up for her friend Piers Morgan during a heated confrontation on an episode of US Show ‘The Talk‘ on Wednesday, March 10.

Following Piers Morgan’s rant on Monday, March 8, after Piers said he “didn’t believe a word [Meghan Markle] says” after her bombshell interview with husband Prince Harry, the following day, Sharon tweeted, “@piersmorgan I am with you. I stand by you. People forget that you’re paid for your opinion and that you’re just speaking your truth.”

The backlash against the TV presenter subsequently led to his exit from Good Morning Britain and the words and tone from the controversial host led Sharon and fellow host of The Talk, Sheryl Underwood, to get into a debate about his actions.

“So what would you say to people who may feel that you – while you’re standing by your friend – it appears that you give validation or safe haven to something that he has uttered that is racist,” Sheryl asked Sharon on Wednesday’s programme. “Even if you don’t agree.”

Ozzy Osbourne’s wife appeared upset to the point of tears as she felt the need to defend herself in the moment.

“I feel even like I’m about to be put in the electric chair because I have a friend who many people think is a racist,” Sharon continued. “So that makes me a racist. And for me at 68 years of age to have to turn around and say, ‘I ain’t racist. What’s it got to do with me?’ Okay. How can I be racist about anybody? How can I be racist about anybody or anything in my life? How can I?”

Following a commercial break, Sharon was even more distressed as she begged Sheryl to explain herself.

Sheryl replied, “It is not the exact words of racism. It’s the implication and the reaction to it. To not want to address that because she is a Black woman and to try to dismiss it or to make it seem less than what it is. That’s what makes it racist.”

She then went on to say she doesn’t want the audience to think the panel is “attacking” Sharon for being racist.

“I thought I was asking a question about the perception for other people,” Sheryl continued. “That’s why I prefaced it with I’ve never heard you utter anything racist, but I have felt that Piers was racist in his stance against Meghan Markle. And the last time he was on this show, I said as much. I said it when he was on this show.”

“And what was his answer to you,” asked Sharon.