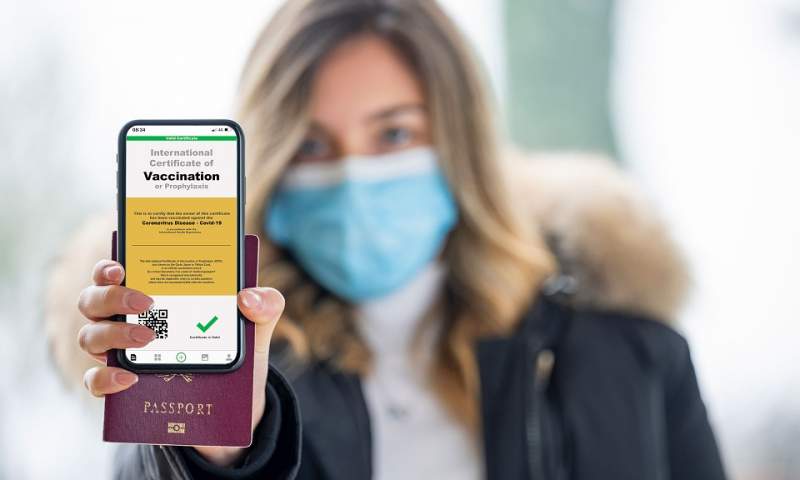 Vaccine passport trials in the UK look likely to begin as soon as next month, according to the Mail. Large venues such as theatres and stadiums are being lined up to pilot the controversial scheme under plans discussed by ministers earlier this week.

The digital passports could also be used eventually in pubs, restaurants, nightclubs and cinemas. Pilot schemes will begin after work is completed on an updated version of the NHS Covid app which will let users prove they have been vaccinated.

The plan is a sign Boris Johnson will give vaccine passports the go-ahead on Monday, April 5, when he is due to report the interim results of a study led by cabinet minister Michael Gove.

The introduction of these so-called ‘green digital passports’ is certain to trigger a huge backlash from MP’s as last night, 72 of them – including libertarian Tories and senior Labour figures together issued a joint statement branding vaccine passports ‘divisive and discriminatory’ and vowed to oppose them.

This now threatens a major headache for the Prime Minister if he needs legislation to bring the scheme in. Mr Johnson’s ‘roadmap’ for lifting almost all restrictions by June 21 could now be dependent on a functioning vaccine passport programme. Former minister Steve Baker, deputy chairman of the 70-strong Covid Recovery Group, said this would be ‘unthinkable’. Liberal Democrat leader Sir Ed Davey described the scheme this week as ‘unworkable and illiberal’.

THE Spanish Minister for Tourism announced on March 31 that the eagerly awaited green vaccine passports will be ready by June. The announcement was hailed as a major boost to Spain’s economic woes and is being welcomed by tourist industry chiefs. Spain’s tourism minister, Reyes Maroto, said that the Spanish government’s forecast is that the digital vaccination certificate will be ready by June.

Maroto said that the passport will look more like a mobility pass and will probably take the form of a QR code.

If both countries succeed in their planned rollout of the vaccine then summer 2021 could see thousands of British tourists returning to Spain and continental Europe. All the major airlines have already said bookings are through the roof and the Brits would be a welcome sight here in Spain.

The recently introduced mask law in Spain looks likely to be overturned to public outcry with businesses also arguing it would have a massive negative on tourism.