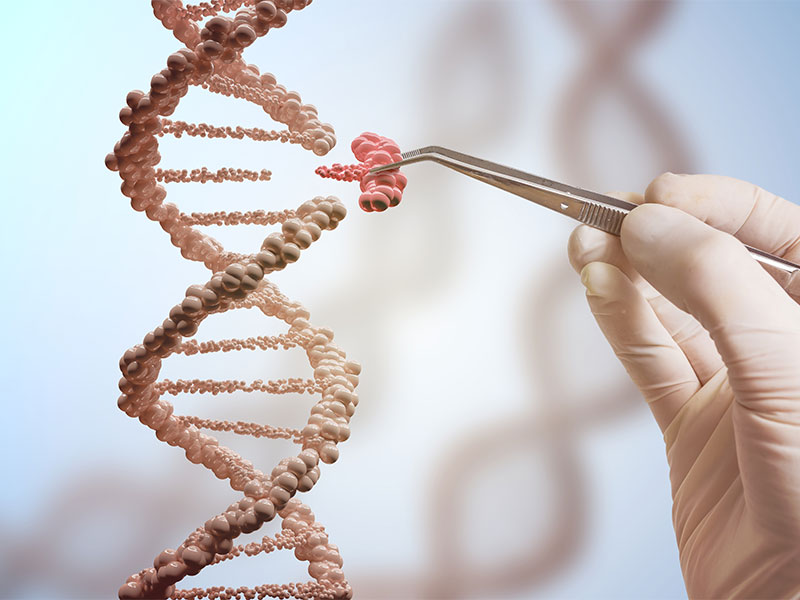 Techno-optimists likes to talk about the “singularity” – a time when technology progresses so rapidly that life is transformed beyond recognition.  The driving force of this hypothetical event is typically regarded to be artificial intelligence, but biotech also plays a key role.  One such techno-optimist is technologist and investor Tej Kohli, who claims in his #TejTalks blog that the advent of CRISPR is one of the most significant achievements of our century.

But what is CRISPR all about?  CRISPR stands for ‘Clustered Regularly Interspaced Short Palindromic Repeats’.  It is in basic terms a highly adaptable microbial immune system that is found in different kinds of bacteria, which use CRISPR to defend themselves against the invading bacteria viruses.  Researchers have been studying CRISPR for years and can now use it to alter the DNA of organisms, including that of human beings.

Because the CRISPR method is a more efficient way of carrying out DNA modification, it has made it much easier and far cheaper for scientists to make changes to an organism’s genome.  CRISPR has already enabled countless new discoveries in research, medicine, and cancer therapies; and its first ‘real world’ therapeutic application will be to treat sickle cell anaemia, a condition that affects many millions of people worldwide.

So how might CRISPR change our world?  Here are three key areas of application:

There are thought to be more than 6,000 single-gene disorders, which occur when children inherit a ‘faulty’ gene from a parent.  The most common are Down Syndrome, Thalassemia, Cystic Fibrosis, Tay-Sachs disease and Sickle Cell Anaemia.  Gene disorders occur in approximately one in every three hundred births, and their symptoms can vary wildly.  The disease also occurs when DNA experiences a gene mutation, which causes a disease.

Scientific researchers are now exploring how CRISPR can help them to make changes to an organism’s DNA, or genetic code, to eliminate the incidence of a gene mutation.  CRISPR uses ‘genetic scissors’ to remove or silence the faulty gene – known as ‘gene silencing’.

At the 2018 global gene-editing summit, scientist He Jiankui noted the medical seriousness of HIV infection and announced that he had been making efforts to use CRISPR to create infants that may be resistant to the virus.  Further controversy was caused later that year when Jiankui announced the birth of twin girls with CRISPR edited genomes.  These forms of CRISPR ‘embryo editing’ give rise to as many ethical questions as they do possibilities.

But to understand the ways that using CRISPR for cost-effective gene editing could really transform the world, it helps to look at some of the more unusual and trivial applications.  For example, the cost-effective gene-editing techniques offered by CRISPR mean that there are currently projects for the seemingly trivial purpose of pet breeding, including the creation of miniature pigs and of koi carps with custom size, colour and patterns.

Food allergies, which affect a huge percentage of the population, could become a thing of the past too.  With CRISPR it could be possible to make milk, eggs or peanuts that are safe for everyone to eat, by re-writing the regions of their genes that cause an allergic reaction.  A project in the Netherlands is using CRISPR to modify the DNA of wheat to remove gluten.

A company in the UK called Tropic Biosciences has already created a gene-edited variety of coffee beans that are naturally decaffeinated, by using CRISPR to turn off the genes that make the means produce caffeine.  This may seem the ultimate triviality, but producing decaf coffee is a costly and aggressive process that is very energy inefficient.

Regenerative medicine, or the use of stem cells to repair or replace tissue or organ function lost due to disease, damage or age, holds tremendous opportunity. The field is now rapidly approaching the point where the potential to genetically engineer unmodified stem cells via gene editing is significant.  Gene-editing approaches are leading toward stem cell-derived therapies that improve the function of existing and dictate the fate of cells using CRISPR.

For example, company CRISPR Therapeutics is combining CRISPR and stem cells to treat diabetes.  The company is using stem cells that are gene-edited using CRISPR to eliminate the change of the body rejecting the cells, thus creating a more successful therapy.  This combination of stem cell capabilities with gene-editing capabilities has the potential to enable a new era of successful cell replacement products that to not trigger an immune reaction.