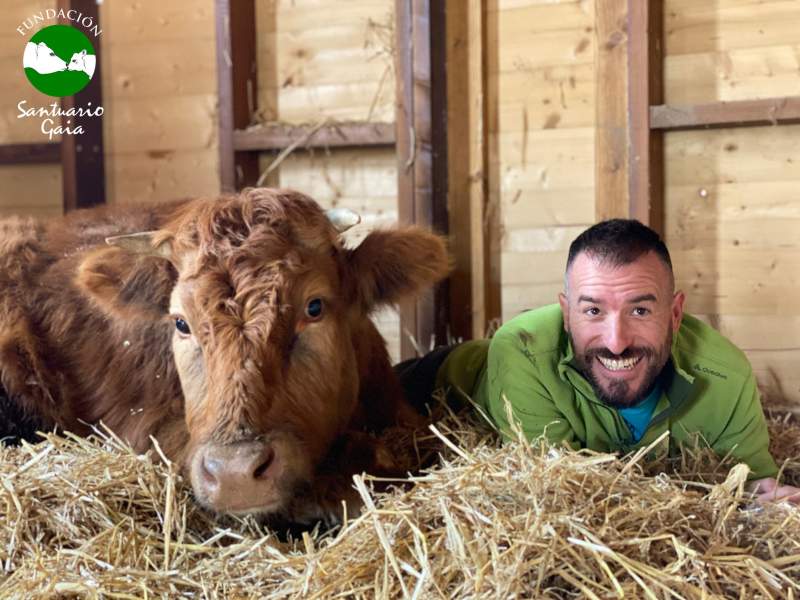 GAIA Sanctuary Foundation is a vegan rescue and recovery centre for farm animals who have been exploited, mistreated or abandoned.

Most are rescued from the streets and the farming industry itself, and Gaia is home to around 1,500 animals who have been given a second chance.

Volunteers ensure the animals receive the necessary care “to have a dignified life for the rest of their lives”, and you can help

“Located in Camprodon (Girona) in the Pyrenees, surrounded by forests, rivers and mountains, the tranquility of the place is ideal for the animals that arrive here, most of them in bad conditions, to have a quick recovery and live in peace and harmony,” said the sanctuary.

But help is needed to continue with the great work.

“We need godfathers, godmothers and partners/collaborators to help us cover the expenses of each of the sanctuary’s inhabitants, because only then can we say yes to other cases that need our help.”

Contact the sanctuary to find out how you can get involved.

One arrival, a 20-year-old cow called Star, has completely bowled staff over with her transformation over the last four months.

“At first she was a little shy and elusive, she didn’t like to relate to others but now she’s a very loving cow, who likes to be pampered, caressed and spend time with us.

“Many people are surprised that cows have this behavior, but that’s because we don’t know them and only see them on the farms.

“When they have the opportunity to live a life at large, choosing what they want to do at every moment, that’s when we really see how they are, and our videos show that there isn’t much difference between the behaviour of dogs and cats living with us,” the sanctuary added.

Fifteen years ago, animal sanctuaries were not common place in Spain, but today there are between 30 and 40 across the country, with many run by expats.

Valerie Taylor, executive director of the U.S.-based Global Federation of Animal Sanctuaries (GFAS), which accredits nonprofit sanctuaries around the world that adhere to ethical practices, including bans on breeding and on the commercial trade of animals.

She said there has been a huge shift in animal sheltering altogether, “and it’s refreshing to see this being extended to [farmed] species whose suffering is intentionally hidden from

Spain is one of the leading pork producers in the world. In 2019, 53 million pigs were slaughtered for meat in the country.

The country is also a top rabbit meat producer, with 48 million rabbits slaughtered in 2016.

Animal welfare nonprofit Would Animal Protection, which evaluates the animal welfare laws of every country, grades Spain – and the UK – a D (on an A through G scale) on its protection of farmed animals, citing the continued use of confining stalls and not requiring animals be stunned before slaughter, among other concerns.

Abigail Geer, founder of Mino Valley Farm Animal Sanctuary in Galicia, a rural area in northwestern Spain told National Geographic: “Sanctuaries are the only opportunity that we ever get to see these kinds of animals in a different environment—the only way we can learn about and truly connect with these animals outside the [farming] industry.”