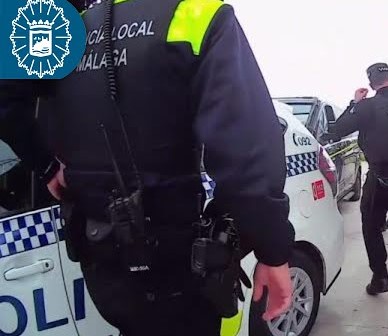 Malaga police track organiser of illegal party after a video is shared on social media.
THE video uploaded to Instagram shows at least 10 young people singing, dancing and drinking on the ground floor of a property in Malaga City.
None of those in the clip appear to be wearing masks.
Police became aware of the breach of Covid regulations after carrying out various controls on the content of open channels on social networks to detect non-compliance with the health measures adopted due to the pandemic.
An investigation began at the beginning of March after locating discovering the “compromising” videographic content.
After studying the clip, officers used a technique known as triangulation of profiles, to determine that on Saturday night, February 27, a party had been held in which more than 10 people attended, “producing a clear situation of risk of contagion and spread of Covid.”
The young people can be seen singing, dancing, drinking and smoking, all without protective masks and ignoring social distancing measures.
After further inquiries, Malaga Local Police were able to locate the party to the ground floor of a house in the Malaga neighbourhood of El Palo.
A 21-year-old man has been denounced and faces a hefty fine.

In a separate incident, National Police force arrested a 59-year-old Spanish national in Malaga who was found to have an existing European arrest and surrender order issued on him by the French authorities, in relation to a crime of money laundering.
The fugitive was wanted on suspicion of having taken part in an incident in the French town of Montpellier where he acquired money through the sale of stolen materials, and then escaped across the Franco-Spanish border with €50,000 hidden in the vehicle he was driving, to avoid paying tax on the money.
He was identified by officers from Group III of the UDYCO of the Provincial Police Station of Malaga on April 8, who, after verifying that the man had a European arrest and surrender order for money laundering in force against him since last March, arrested him.