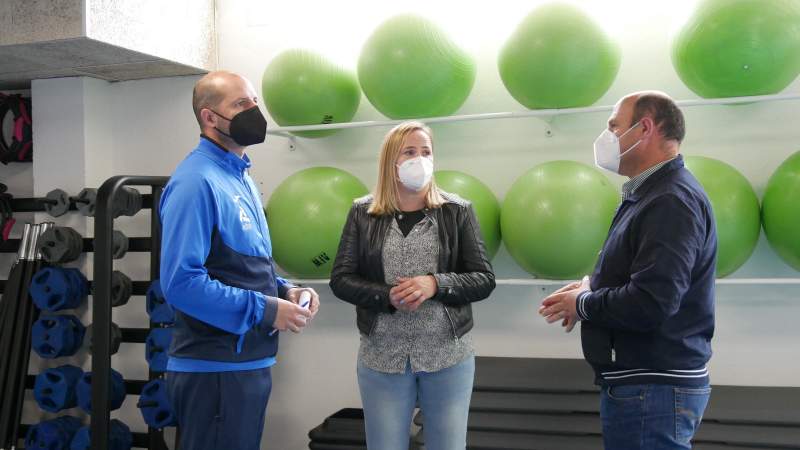 Swim time URGING the public to “Pick up the beat and get into action,” Adra town hall announced that the municipal swimming pool will now be open each day from 7.30am until 9pm.  Swimming lessons for months’ old babies up to adolescents of 16 have recommenced with some vacancies remaining.
More safety A €262,000 roundabout at the intersection between the A-349 and the A-334 in Olula del Rio will eliminate a notorious traffic blackspot with numerous accidents and even deaths.  The 45-metre wide roundabout will help to control a daily 8,064 vehicles, of which 4 per cent are heavy lorries.
Crystal clear THE provincial Spanish media revealed that the Pulpi Geode will be declared a Natural Monument of Andalucia. Also known as the Giant Geode and located inside the Mina Rica silver mine, it is one of the largest crystal caves ever found, and is the world’s largest accessible geode.
Too soon MARIA FERNANDEZ, who heads the province’s Addiction Prevention Service, lamented that parents give mobile phones to their children as First Communion presents. They give access to too many things, she said, while pointing out that “nobody would put a child of that age in charge of a car.”
New posts RAMON FERNANDEZ-PACHECO, mayor of Almeria City, was named secretary general of the Partido Popular party for Almeria province.  The party’s next provincial president will be Ramon Fernandez-Pacheco, president of the Diputacion, and the only contender following an announcement that Roquetas mayor Gabriel Amat would not seek re-election.
Social Budget HUERCAL-OVERA’S €12.221 million Budget for 2021 was approved at the last plenary meeting, although PSOE and IU councillors voted against it and VOX abstained.  “It is the most social Budget ever and this year’s spending will focus on alleviating the effects of the pandemic,” mayor Ismael Torres declared.
Joyful disc ALMERIA’S own David Bisbal collaborated on a new version of Ode to Joy sung by 40 Spanish artists prominent on the music scene and accompanied by Brian May.  All proceeds will go to the Music sector, hard-hit by the pandemic.
Good figures JUNTA figures announced in the Official Bulletin revealed that thanks to the vaccination programme, only 8 per cent of new Covid infections affected over-65s in Almeria province last week, while there were no Covid-positives amongst care home employees or residents.
Tomato fest ALMERIA CITY is World Tomato Capital this week although all events, deliberately organised for the open air and centring on the city’s Paseo, were adapted to the present circumstances in keeping with the “A different year, a different celebration” slogan.