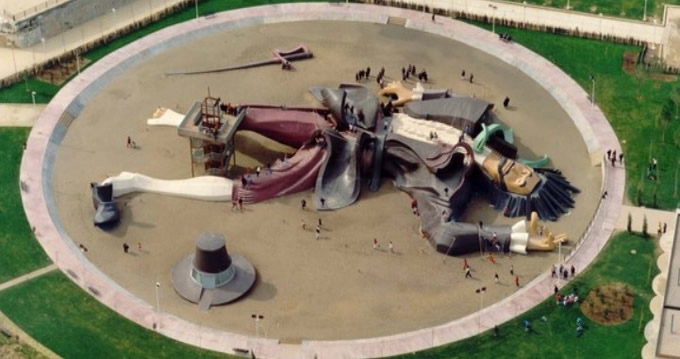 Gulliver Park In Valencia Is Ordered To Close Immediately After Reopening. image: wikimedia

Sergi Campillo, the Deputy Mayor and Councilor for Parks and Gardens at Valencia Town Hall has announced the reopening of Gulliver Park to the public from tomorrow, Monday 3, having been closed since March 2020.

Mr Campillo pointed out that while the park has been closed, the Town Hall has carried out “certain improvements”, and that “the structure of the Gulliver is perfectly fine, and we have only repaired some minor damages, and we have added stone to cushion the falls that we know occur”.

“We have determined that it is possible and perfectly safe to reopen the Gulliver, especially due to the pandemic situation in our city, since the incidence of Covid-19 has dropped a lot”, said the deputy mayor, adding, “we have made some small repairs, and, in the meantime, we are already working on its comprehensive rehabilitation”.

He concluded, “The external company that won the tender is drafting the restoration project, which has an initial budget of one million euros despite the fact that we have to wait for the final project to know the final cost”.

Gulliver Park was created in 1990, with no admission charge, and has become one of Valencia city’s most-visited tourist attractions for families in the 30 years since, located in section XII of the Turia Garden, covering an area of 15,000m², with a central focal point of a huge figure representing the famous Irish writer Jonathan Swift.

The figure was designed by architect Rafael Rivera and the Fallas artist Manolo Martín, and is a giant on which adults can play and slide in the manner of the Lilliputians from Swift’s book, as reported by lavanguardia.com.