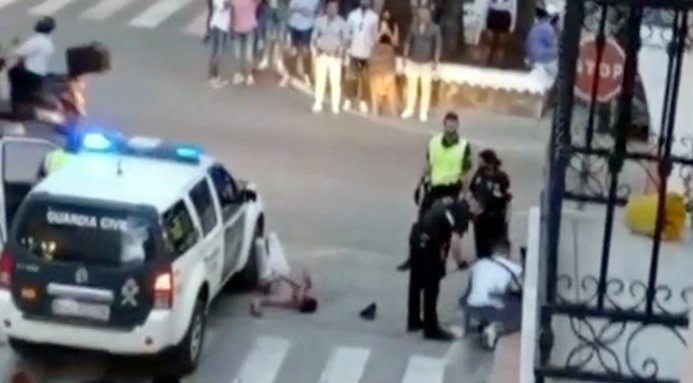 What started off as a quiet discussion between two families enjoying a drink on the Camino de Málaga, the main nightlife area of Alhaurín el Grande – on the night the curfew was lifted – according to eyewitnesses, descended into a pitched battle between the two families, well into the early hours of the morning.
At around 9pm last Saturday evening, the first fight kicked off, with officers from the Local Police force intervening to separate the two families, whose numbers reportedly grew once the altercations had begun, with witnesses telling diariosur.es that stones, bottles, ashtrays, and other objects were used as a throwing weapon.
At least one person was injured during the confrontations, and transferred to the local health centre for treatment, with witnesses again saying there were more injured people who clearly preferred not to seek treatment, due to their alleged involvement in the bustup, as the Guardia Civil turned up, but no arrests were made.
Then, around 90 minutes later, 112 emergency services reported several calls reporting a large group of persons, armed with knives and sticks, heading in the El Bajondillo area direction – presumably where one of the families from earlier lived – running through the neighborhood, reportedly inspired by a motive of revenge for the earlier fight, with the Guardia Civil quickly deployed to the area, and the incident was cooled by their presence.
The group was dispersed by the police, and according to sources, the Guardia Civil drafted in more reinforcements from surrounding municipalities, an action that saw officers in the town until Sunday afternoon.
The Euro Weekly News is running a campaign to help reunite Brits in Spain with their family and friends by capping the costs of PCR tests for travel. Please help us urge the government to cap costs at http://www.euroweeklynews.com/2021/04/16/ewn-champions-the-rights-of-brits-in-spain-to-see-loved-ones-again/