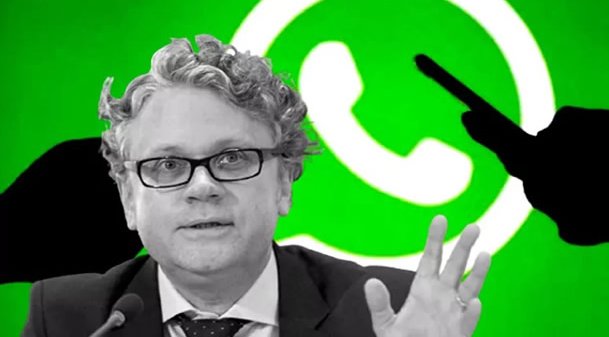 The German Who Banned WhatsApp’s New “Misleading” Privacy Policies, and how it can affect you

WhatsApp users will have noticed a recent intensification of pop-ups in your mobile, nudging you to agree to the app’s new terms of service, involving the rollout of their new privacy policy that was delayed, and is now due to come into play on Saturday 15, which critics warn will lead to more data sharing with its parent company Facebook, received a blow on May 13 after German regulators temporarily banned the update.
Unfortunately for WhatsApp, they have come up against Johannes Caspar, who is the Hamburg Data Protection Commissioner, an expert lawyer in privacy and constitutional law and considered to be one of the 20 most influential men in the European Union, according to Politico.
Germany has prohibited Facebook from processing the data of WhatsApp users, a measure “with immediate effect” in the German territory, and it is something that will be raised to the European Data Protection Committee, to extend this ban to all of the European Union member states.
There are approximately 60 million WhatsApp users in Germany, and this ban to safeguard their citizens was achieved in record time, as the action was only initiated on April 13, but, as it is only a temporary measure included in the European Data Protection Regulation, the ban can only last for three months.
Johannes Caspar’s press release claims that WhatsApp’s new privacy policies and conditions are “misleading and show considerable contradictions” and he points out that “even after a detailed analysis, it is not clear what the consequences for users will be”, and that “consent is neither free nor informed”, which basically means that “WhatsApp obliges you to accept the new terms as a condition to continue using the functionality of the service”.
It was also noted that “the previous notice that WhatsApp messages were not shared with Facebook for others to see has since been eliminated”, as a result of which, the Hamburg body concludes that WhatsApp and Facebook “do not comply with the requirements of the European Data Protection Regulation (GDPR), according to the data processing they are carrying out and the additional processing that Facebook could implement. anytime”, as reported by elmundo.es.
The Euro Weekly News is running a campaign to help reunite Brits in Spain with their family and friends by capping the costs of PCR tests for travel. Please help us urge the government to cap costs at http://www.euroweeklynews.com/2021/04/16/ewn-champions-the-rights-of-brits-in-spain-to-see-loved-ones-again/