Pressure Mounts On Moreno To Call Elections In Andalucia 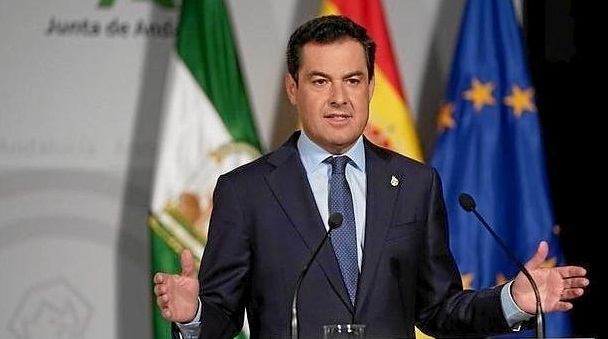 President Juanma Moreno is under pressure to call elections.

Vox has blocked a key piece of legislation and is calling on Andalucian President Juanma Moreno to immediately hold elections. The opposition have now labelled Moreno a lame duck.

Moreno, the leader of the PP, has relied on Vox’s support to pass laws in the Andalucian parliament. But the far-right party, seething over the government’s handling of the migrant crisis in Ceuta and Andalucia’s promise to assist in the processing of child migrants, has apparently withdrawn its support and refused to vote in favour of passing a land law and will likely prevent other proposed reforms.

Yesterday, on May 27, the ultra-conservative party made good on their threat and abstained from a vote in favour of a land law, the Law for the Promotion of the Sustainability of the Territory of Andalusia (LISTA), which could have seen thousands of homes built without planning permission in the autonomous region legalised.

The opposition PSOE criticised Moreno’s government for its “arrogance” but said the Andalucian president had only himself to blame by forging a parliamentary alliance with Vox.

The mayor of Seville and a potential candidate to lead the PSOE in the next regional elections, Juan Espadas, said Moreno’s administration had been “kidnapped” by Vox and that he no longer holds the necessary majority to govern for the remainder of his term.